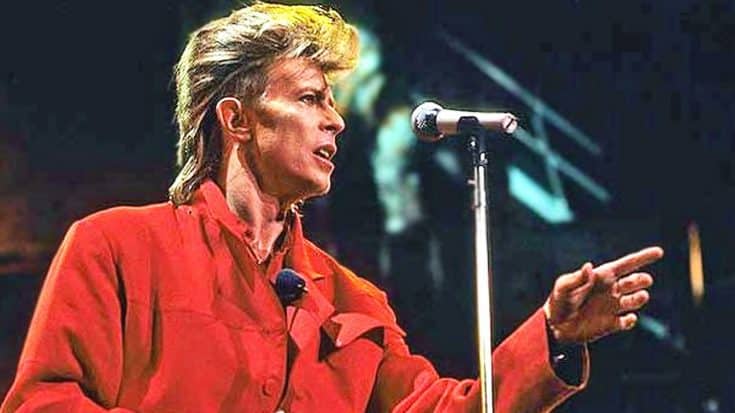 David Bowie may have been a Rock and Roll Hall of Famer, but his music and legacy inspired artists in multiple genres, and country is no exception.

Bowie passed away on Sunday (Jan. 10) after a private 18-month battle with cancer. The news was first announced on Bowie’s Facebook page on Sunday night.

When the country music community learned the news, everyone was understandably devastated. Many artists took to social media to express their sadness over Bowie’s death.

“So sad to hear about the loss of #DavidBowie,” wrote Billy Ray Cyrus. “He was a legend and a major influence on me.”

So sad to hear about the loss of #DavidBowie. He was a legend and a major influence on me. #Blackstar is a brilliant album. #RIPDavidBowie

Many country artists expressed their feelings by quoting the lyrics to some of Bowie’s greatest songs or sharing pictures of him in tribute.

Some changes are easier than others. R.I.P David. – KU

“I don’t know where I’m going from here, but I know it won’t be boring.” RIP Bowie

With great sadness I arose today to learn of the passing of David Bowie. RIP #DavidBowie

He was literally my favorite. Couldn’t write last night because I was too upset but this mans music is why I started making music of my own. 2016 belongs to Bowie.

THANK YOU BOWIE FOR ALL YOUR GOLDEN YEARS.instagram.com/neilperry

There’s no doubting the impact Bowie made on the music industry as a whole. He will be dearly missed.

Our thoughts and prayers go out to Bowie’s family and loved ones during this sad time.