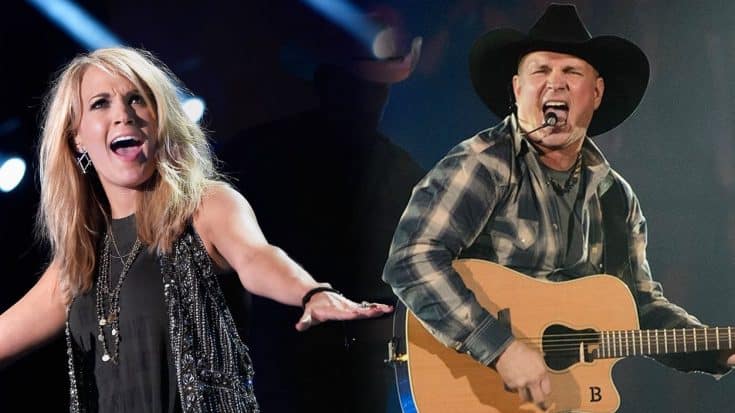 That’s right, Mike Fisher is going to be joining the legendary entertainer, Garth Brooks on stage for a very special performance.

Brooks reached out on social media to extend a duet invitation to the Nashville Predators hockey player after Underwood posted a short clip on Instagram of her husband singing along to Brooks’ 1992 hit “The River”. Who knew he could sing?!

Much to their surprise, Brooks responded, “Bro, that is AWESOME! I HAVE to call you out after that…Nashville is the last city on the American leg of the World Tour…You and me, on stage, The River. You in? love you pal, g.”

Fisher confirmed the duet in his comment seen in the picture below.

Looks like Fisher is in! We can’t wait to see what comes of this duet in Nashville, and wonder if Underwood will be coaching her husband for this one.

In case you missed it, below is the short clip of Fisher singing “The River”.