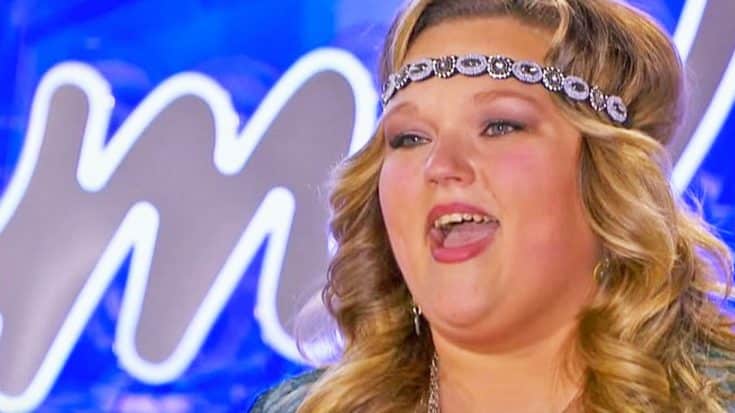 If the name Shelbie Z sounds familiar to you, it may be because you remember her from Season 5 of The Voice. Now, Shelbie’s name is back in the spotlight after her recent audition for another singing competition, American Idol.

Shelbie, who is now 23 and a hairdresser in Sumiton, Alabama, had her first chance at fame following her blind audition on Season 5 of The Voice. The small town country girl chose to sing Gretchen Wilson‘s “Here For The Party,” turning three chairs and securing a spot on Blake Shelton‘s team.

Following the blinds, Shelbie advanced through the battle and knockout rounds with her performances of Jason Aldean‘s “Don’t You Want To Stay” and Carrie Underwood‘s “Last Name.” However, Shelbie was eliminated from the competition during the first week of live shows.

Now, Shelbie is getting her second chance at stardom on American Idol. For her audition, Shelbie chose to sing the song that put her through the knockout rounds during her time on The Voice, “Last Name.”

Shelbie performed a capella, and she was truly able to hold her own, as she hit all of the high notes with ease. She seemed comfortable performing as well, dancing around a little bit as she sang. Even judge Keith Urban was dancing in his seat while he watched her perform!

Following her audition, the judges showered Shelbie with praise.

“I love you,” said judge Harry Connick Jr. “I think you’re terrific. People like you are very dangerous in these competitions…I can tell this about you in this short amount of time, as kind and as nice as you seem, you’re going to be one of these people that’s going out there to win.“

In the end, all three judges said “yes” and gave Shelbie a golden ticket to Hollywood. You can watch the incredible audition that earned her that ticket below.

Best of luck to Shelbie as she continues on in the competition!