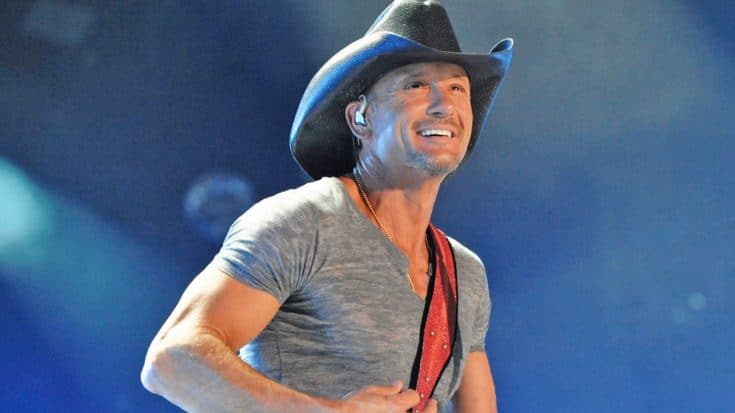 When McGraw was asked who his male inspiration was he had to admit the King of Country was the real deal. With 60 number one hits, a Grammy Award, and countless honors from the Academy of Country Music, we support McGraw’s answer. After all, we don’t call Strait “The King” for nothing!

According to Country Outfitter, McGraw said,

“Who doesn’t love George Strait, musically, and all that he represents? You just think he’s just one of those guys that’s just so innately confident with himself, and confident with who he is, which is always great to see, and cool to see and something that’s always inspiring.”

We couldn’t agree with you more, Tim! Strait is talented, and an inspiration to anyone in the music industry. McGraw is definitely on the right path when it comes to following in Strait’s footsteps. Listen to his latest top ten single, “Top of the World” below!