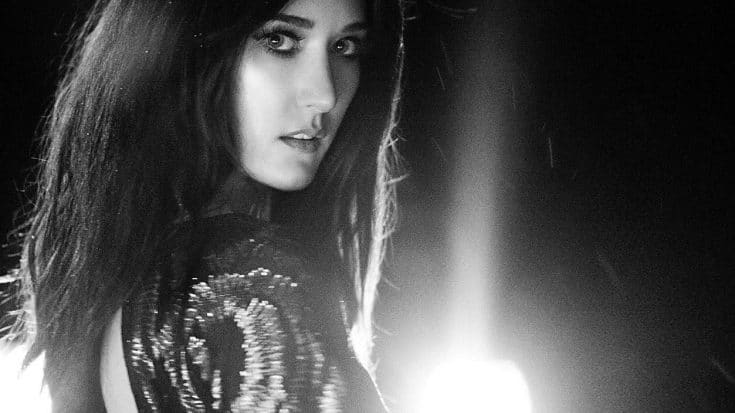 Aubrie Sellers is the daughter of country music legend Lee Ann Womack and often sounds eerily similar to her mother. Her first start as a musician came at age nine, with a starring role in the music video for Womack’s “I Hope You Dance” in 2000. Later on, Sellers provided backing vocals on Womack’s 2008 album, Call Me Crazy.

Now, she’s making waves with her own album New City Blues – set for release on January 29th, 2016. Already listed as one of The Tennessean’s “Albums To Watch For In 2016”, this talented artist premiered her music video for “Sit Here And Cry” just days before she is scheduled to show her chops on the famed Opry stage.

Filmed in a bar that Sellers calls “a hole-in-the-wall joint”, the video has a honky-tonk vibe with lots of harmonica and an upbeat twangy feel. Of the song’s video, she says, “It sounds like it would be a sad, downer of a song, but the energy of the song is really rocking. And I wanted the video to be a celebration and a party.”

Although her style of music strays from the traditional country sound her mom sings, she admits that she knows her voice sounds a lot like her moms. This young star also gets musical talent from her father, Jason Sellers, who was a country singer/songwriter himself.

Check out Sellers’ brand new video and song, “Sit Here And Cry” below! And be sure to catch her Grand Ole Opry debut on January 16th, 2016!