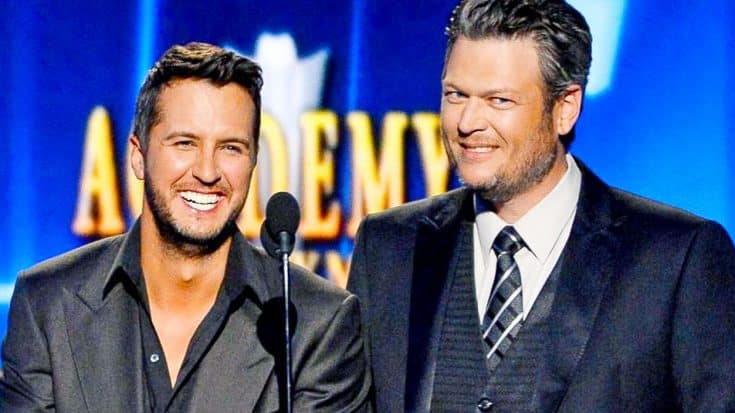 Over the course of The Voice‘s nine seasons, Blake Shelton has been the sole country representative in a coach’s chair. But could another country star be joining the show in the future?

Well, at least not for Season 10, since Christina Aguilera will fill Gwen Stefani‘s empty seat, while Adam Levine, Pharrell Williams, and Shelton will all be returning. But maybe a country star could join the other coaches for Season 11, and just maybe it could be Luke Bryan?

When asked if he thought Bryan would make a good Voice coach, Shelton admitted he is certainly qualified for the position.

But after hosting the ACM awards with Bryan for several years, Shelton sees one big problem that could keep Bryan from being a good coach on The Voice.

“The only problem is, he says a lot of stupid stuff,” Shelton says. “And you know, if you get him on national television he may say something really dumb, and I’ll be the first person laughing about it.“

Despite what Shelton says, we think Bryan would make a great coach on The Voice!

You can watch Shelton’s full interview below, along with one of Bryan and Shelton’s funniest moments together, when they play the game Would You Rather? for People Country.

If Bryan did become a coach on The Voice, we’d be sure to see even more hilarious moments between him and Shelton!