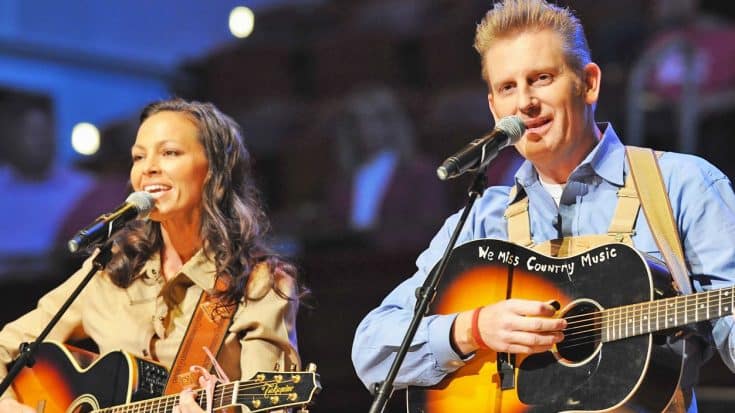 Despite the heartache in the lives of country duo, Joey + Rory, the two have still remained excited about the release of their much-anticipated album, Hymns That Are Important To Us.

The album has always been Joey Feek’s dream, and now more than ever, her husband Rory Feek wants to make her dreams come true.

In a recent press release, Rory said of the album,

It’s the one Joey has always wanted to make – filled with the hymns she grew up with.

The duo recently announced that they would be offering fans a deluxe edition of the album. Sold exclusively through Cracker Barrel Old County Store, pre-sale begins on January 15 and the album will be available in stores across America on February 12.

The press release announced the details of the exclusive album,

The CD package includes never-before-seen photos of Joey and Rory and their family, a magnet, lyrics, excerpts and stories from Rory’s blog, This Life I Live and a closer look into the couple’s journey creating this album together.

One dollar per sale of the deluxe edition will go to the Loeys-Dietz Syndrome Foundation, a nonprofit that is very close to the couple’s heart as their daughter’s best friend, Scout, suffers from the disease.

Joey and I feel blessed to partner with Cracker Barrel for the deluxe package of our new hymns album. These songs of faith and hope mean so much to us, and to have them wrapped within intimate stories and photos from our lives is a dream come true.

We recorded the album in a studio in Nashville early in the summer — just after recovering from [Joey’s] first big surgery in Chicago. And then she did her vocals where she could … in hotel rooms, our house, wherever and whenever she felt up to singing.

Joey was diagnosed with cervical cancer in June 2014, shortly after the birth of the couple’s daughter. After a long battle, the couple announced that the cancer had returned, and just a few months later they told fans that they would be stopping all cancer treatments. Joey is currently living her final days in her hometown, surrounded by family.

The album’s complete track listing is as follows:

Below, the couple sings the thirteenth track on the album, the heartbreaking song, “When I’m Gone.“