By Jennifer Pernicano on January 12, 2016
Advertisement 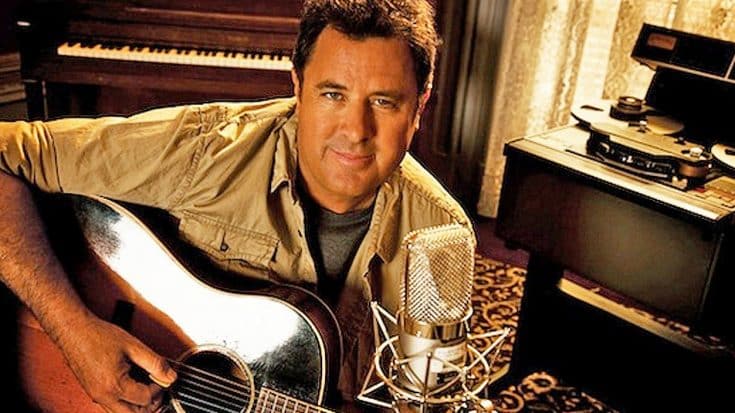 For a celebrated artist like Vince Gill, an honor like this is something to be proud of!

It was just announced this morning (Tuesday, Jan. 12) that the Grammy-winning country legend will be inducted into Guitar Center’s historic RockWalk.

The induction will take place on Thursday, February 4 at 12pm at Guitar Center’s “iconic flagship location on Sunset Boulevard in Hollywood.“

According to a press release, “Guitar Center’s RockWalk is dedicated to honoring those artists who have made a significant impact and lasting contribution to the growth and evolution of music.”

Gill’s name and handprints will reside on Hollywood Boulevard alongside other legendary artists including Eric Clapton, Johnny Cash, Aerosmith, B.B. King, Stevie Wonder, and many more.

Gill, who has the most Grammys out of any male country artist at 20, is extremely honored to be inducted into the RockWalk.

“I’ve always been grateful to be able to spend my life doing what I love to do,” he said. “And to be recognized in such a monumental way – cemented next to the legendary artists reflected on the RockWalk – is a moment I could never have imagined when I picked up that very first guitar.”

The RockWalk induction announcement comes on the heels of Gill revealing his new album, Down To My Last Bad Habit, will be released on February 12. It’s his first solo album since 2011’s Guitar Slinger.

Enjoy his newest song, “Take Me Down” featuring Little Big Town, below!