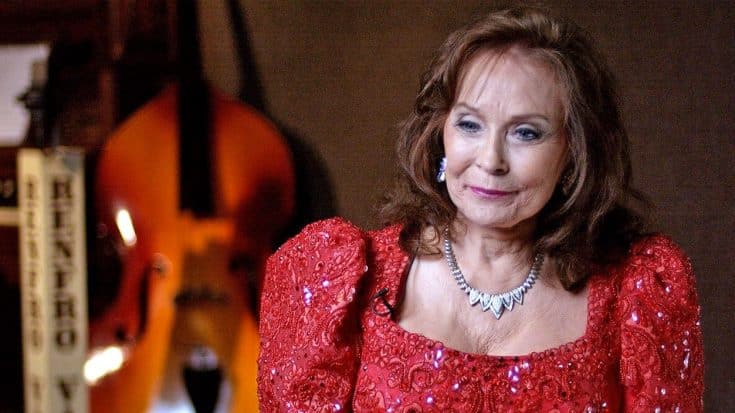 In a recent interview, the “Coal Miner’s Daughter” has openly shown her support for a certain presidential candidate.

Her slogan: “When you’re advertising for the best, forget the rest!”

Loretta Lynn has expressed her support of Donald Trump before, and predicted him to be the next commander-in-chief, but now she is giving Trump her full endorsement.

In an interview with Reuters, the 83-year-old said she’s been endorsing Trump after concerts, and her fans like what she has to say.

“When you get up there and try to say you want to see Hillary Clinton win, that wouldn’t go over so big,” she told Reuters. She also added, “Trump has sold me – what more can I say?”

She hopes Trump receives the nomination, and if he doesn’t, her second choice would be Texas Senator, Ted Cruz. However, she has faith in Trump.

“I just think he’s the only one who’s going to turn this country around,” Lynn said of Trump. “I’m going to let him call me.”

As the most-awarded female country artist of all time, she has a big influence. Trump certainly is lucky to have Loretta on his side!

Soon we’ll know if Lynn’s prediction was accurate, and we’ll be one step closer to knowing our new President of the United States!

Check out Lynn’s chart-topping controversial hit, “Rated X” in the video below. Let us know if you agree with her presidential pick in the comments below!