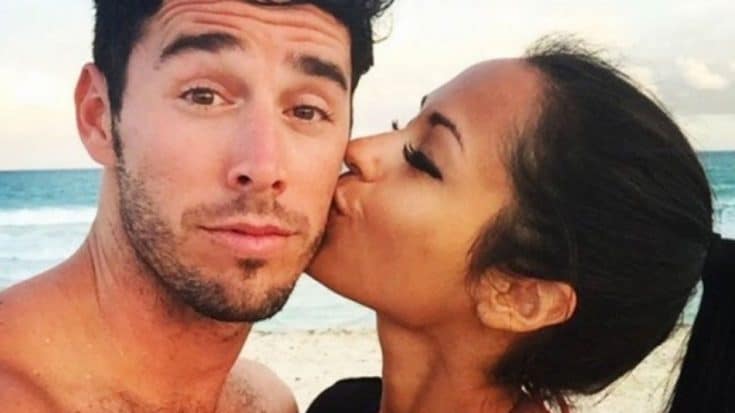 Helen Strickland is still mourning the tragic loss of her young husband, Craig, but recently took to Twitter sharing a heartfelt personal moment.

Craig Strickland‘s body was found near a lake in Oklahoma following an encounter with a horrific storm on a hunting trip. Just a week prior, the body of his hunting buddy, Chase Morland, was also found.

Several days ago, Helen shared a precious piece of her life with the world in a letter that Craig had written to her on their wedding day. Of the note, she said, “When it seems too difficult to bare, God knows just how to make me smile.”

Now, she has opened up her heart once more by sharing a letter she has written to Craig on January 11th, 2016 – just a week after his body was discovered.

In the post, she cites a quote from the Bible, “‘There is a Time for Everything’ Ecclesiastes 3” reminding readers that there is still a time for her to reunite with him. “Today was the time to grieve, but one day there will be a time to dance,” she continued.

“There is a Time for Everything” Ecl 3 ❤️ Today was the time to grieve, but one day there will be a time to dance. pic.twitter.com/DM0k6UHTs4

The pair had first met through mutual friends that were also members of Craig’s band, Backroad Anthem. They dated for some time, and just about a year later Helen got the surprise of a lifetime while competing in the Miss Arkansas USA beauty pageant.

Upon being crowned Miss Arkansas USA, Craig approached the stage and proposed to her in front of everyone!

God bless these two amazing people and their families. Our thoughts and prayers are with Helen through this difficult time.