Thomas Rhett’s Wife Goes Above And Beyond To Help Orphans 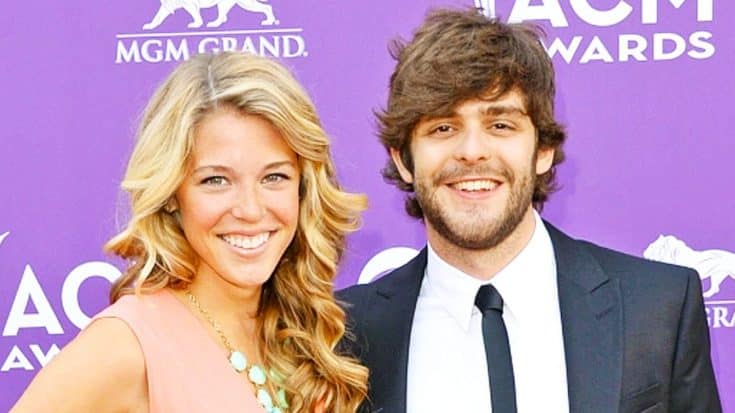 Thomas Rhett sings about his love for his wife, Lauren, in his chart-topping hit “Die A Happy Man.” But through some photos Lauren recently shared to her Instagram, fans are seeing for themselves why Thomas fell so head-over-heels for her.

On Friday (Jan. 8), Thomas asked his fans to please pray for Lauren as she prepared to travel to Haiti for four days. Lauren, who is a nurse, makes trips to Haiti to help the orphans there.

Lauren references the organization 147 Million Orphans in her posts about Haiti, which works to provide food, water, and medicine to the world’s orphans “in the name of Jesus Christ.”

Besides her nursing duties, Lauren also took the time to truly get to know the children she interacted with. In one photo, Lauren sits between a little boy and his sister, saying that the two girls painted their nails together after the picture was taken.

SOOOOO HAPPYYYYY! I found my little Saniël and met his sweet sister today ?? & then we did our nails ? #livingthedream #147millionorphans #respirehaiti #love1

As one of Lauren’s nursing teammates revealed in a post that Lauren later shared herself, Lauren truly went above and beyond to make sure the orphans were well-taken care of. After Lauren and her team discovered that a group of children were living alone with no adults, Lauren jumped in to help them.

“Thankful that @laur_akins brought her Mary Poppins bag (the bag that just keeps on giving) with her so that they left us with clothes on their backs, shoes on their feet, backpacks full of school supplies, and a full belly thanks to @meganinhaiti ‘s feeding program!” wrote Lauren’s teammate.

One of my favorite parts of the trip?? #Repost @suzannemayernick with @repostapp. ・・・ Followed these sweet babies home just to find that they have been living by themselves for awhile now. Thankful that @laur_akins brought her Mary Poppins bag (the bag that just keeps on giving❤️) with her so that they left us with clothes on their backs, shoes on their feet, backpacks full of school supplies, and a full belly thanks to @meganinhaiti 's feeding program! #love1..or 2, or 3! @147mom @147million

According to the pictures she shared, it looks like Lauren had a productive trip, and that she touched the lives of the children she met while she was in Haiti.

After looking through these pictures, it’s no wonder that Thomas feels as though he could “Die a Happy Man” because he has Lauren in his life.