By Miranda Raye on January 13, 2016
Advertisement 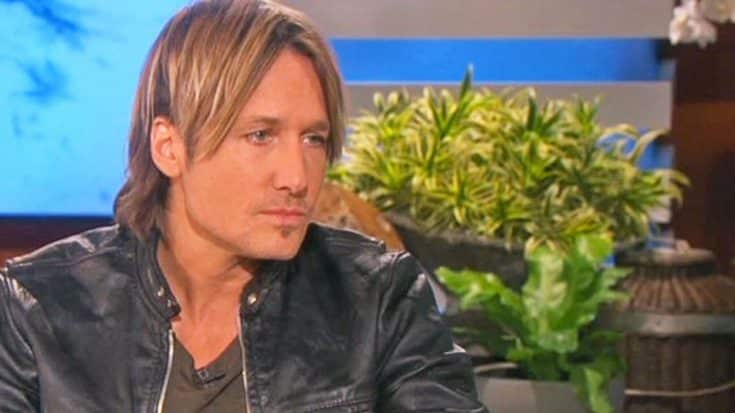 The end of 2015 was a tough time for Keith Urban when his father, Robert, passed away on December 5 after a long battle with cancer.

Robert played an incredibly influential role in Keith’s life, encouraging him to make the move to America to pursue a career in country music. In a statement following his father’s death, Keith gave him credit for helping to shape his career:

“My Dad’s love of Country music and America set me on my life’s journey, and shaped so much of who I am today.”

During an interview on Ellen, Keith opened up further about the loss of his father, and tears filled his eyes as he spoke about his own love of country music.

Thanks to his father’s encouragement, Keith is now one of the biggest stars in country music, with 18 number one hits and four Grammy awards to his name. This year, Keith is nominated for what could be his fifth Grammy award, in the Best Country Solo Performance category for his hit song “John Cougar, John Deere, John 3:16.”

You can watch Keith’s full interview on Ellen below, in which he also talks about his Grammy nomination, his work as a judge on American Idol, and his upcoming World Tour.

After you watch this video, you’ll see just how much Keith’s father truly meant, and still means to him. Our prayers continue to go out to Keith and his family.