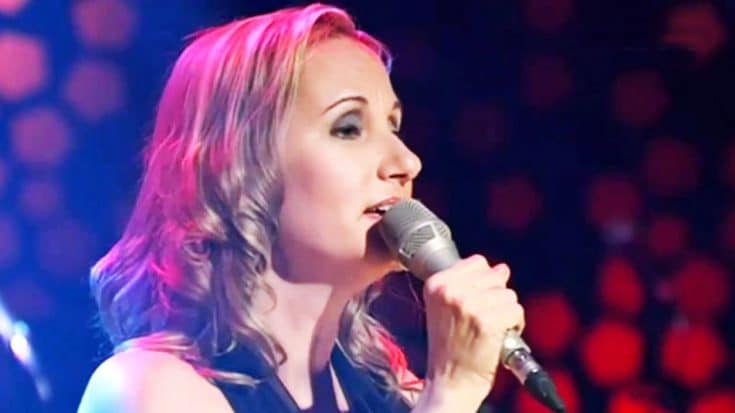 With the help and support of her fans, Georgette Jones successfully launched a crowd-funding campaign to boost progress on her new record, and has taken a large leap forward toward reaching her goals.

Almost right on schedule with her official timeline, the daughter of hall-of-fame duo George Jones and Tammy Wynette, finished with some final touches and jumped right into the recording studio.

Posting several photos to social media, the talented songstress joined many talented musicians and could barely contain her excitement, saying:

“Monday was an amazing day for me! I’ve always dreamed of making a record in Nashville with the songs I love and the musicians I’ve always respected and admired. It finally happened and I’m over the moon excited!”

A post shared by Georgette Jones Lennon (@georgettejoneslennon) on Dec 8, 2015 at 2:22pm PST

She has a huge following from her time singing previously alongside her father and also from touring and performing over the last seven years. Before she decided to pursue her dream as an artist, she worked as a registered nurse for nearly two decades.

“Final vocals to be recorded tomorrow and a couple other instruments added by very talented musicians. All orchestrated by my producer, Dean Miller. Hoping no one wakes me from this perfect dream!”Jones continued.

We can’t wait to hear what she’s been working so hard on! Her new record is surely going to be a smash hit when she finally debuts it!