Broadway Actor Impresses Keith Urban With His Own Hit Song 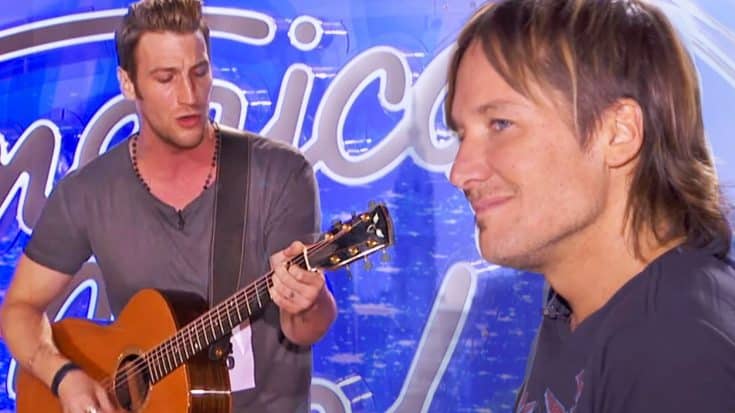 This country superstar gets to hear an impressive new take on one of his No. 1 hits during the shows auditions.

Keith Urban, Jennifer Lopez, and Harry Connick Jr. don’t often get to hear auditions using some of their own music (let alone good auditions), but one American Idol hopeful gave the judges a surprise.

John Arthur Greene, originally from North Carolina, and a Broadway actor, appeared in front of the panel with simply a guitar and when he started singing, the judge’s instantly loved his rendition of Urban’s chart-topping “Someone Like You”.  Even J-Lo was dancing in her seat!

Urban enjoyably laughed as the singer hit a super twangy note at the chorus, and the singer kept strumming away, delivering a great performance!

In the video, it doesn’t show the judge’s voting results, but we can only guess that when the full episode airs, he’ll get a golden ticket to Hollywood!