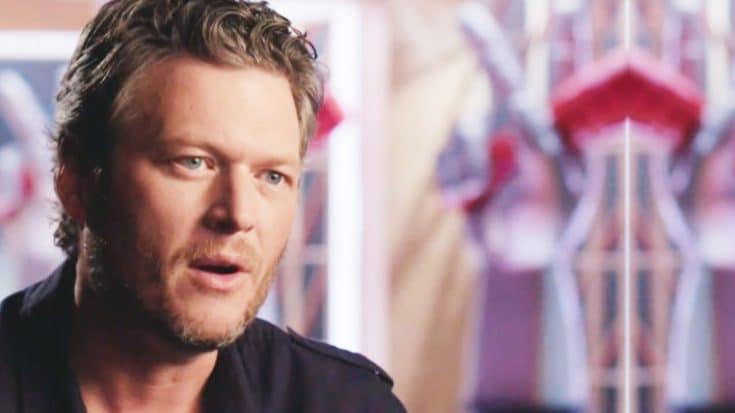 Well-known country singer and longstanding coach of The Voice, Blake Shelton, hasn’t released an album of new material in nearly two years and is anxious to get his most recent creation out to fans.

Since Shelton’s divorce from Miranda Lambert was made very public last July, the singer has been under heavy fire from the media regarding his personal life. Both have kept very mum on the subject since the divorce, and details surrounding the split.

During a recent interview, the 39-year-old reveals that many of the questions people are asking will be answered with his upcoming project.

“I’ve written more than I’ve written in 15 years, for obvious reasons, all the awful things that have happened in my personal life, but the way the year ended is also the greatest of my life.” Shelton revealed.

The latest record from the singer will be his tenth studio album in 15 years, and has yet to be named, but he says that he hopes he will “have a new single out in January”. Of the full album, well – that, he says, will probably not be out until May.

Shelton is keeping tight-lipped on the intimate details regarding his divorce and says that there are a ton of reasons this last year was so great.

“Sometimes you don’t know who’s in your life that can save you.  I found out some people in my life that have changed my life forever. Some – it’s been bad and some that’s been really good. “

Through the heartache and downpour of media ranting about his personal life, Blake Shelton says that he’s a strong believer in what he’s been doing.

“But, I’m doing what I know I’m supposed to do as a country artist. And it’s taking all of that experience that I’ve had this year and putting it into music and I’ve never really been good at that before.”

“I’m taking my life and putting it into music and I’ve never felt more connected to a record before. I’m not overthinking it. It is what it is. When people hear this record, they may not know what happened to me, but they’re gonna know how I felt about what happened to me. And that’s exciting for me to just kind of lay it out there for people. “

We, of course, cannot wait for his new music to come out. After more than 20 No. 1 singles, it’s no doubt that this new album will be a huge success and feature great new songs.

What do y’all think about what he has said?

Check out the full radio interview in the segment below!

Your browser does not support the audio element.