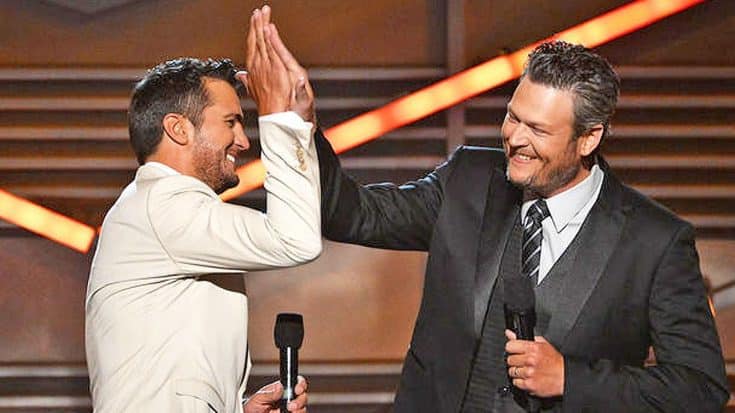 Blake Shelton and Luke Bryan never miss an opportunity to mess with each other.

This time, they were both in on the prank and while we aren’t sure who did it first, we’re so happy they did!

The country singers changed their profile pictures on Twitter to pictures of each other. What made the switch even better is that the pictures are hilarious throwbacks!

Shelton’s Twitter photo is now a cowboy hat-clad young Luke Bryan staring off into the distance. Fans began to notice the little change and tweeting the country singers.

Another user, @FearlessK_11, tweeted, “Dying at the fact that [Blake Shelton] has Luke Bryan as his profile picture!?“

Most fans were just happy to see that “Bluke” still lives on. When Shelton and Bryan come together, it’s always a cause for laughter and we’re never let down by their silly antics. Wonder how long they will keep these new profile pictures! This isn’t the first, or probably last time, Shelton and Bryan have messed with each other.

Remember when Luke said he got a tattoo of Blake?

Take a look at their friendly banter from the CMT Artists of the Year show below .