Will Gwen Stefani Return To ‘The Voice’ Next Season? 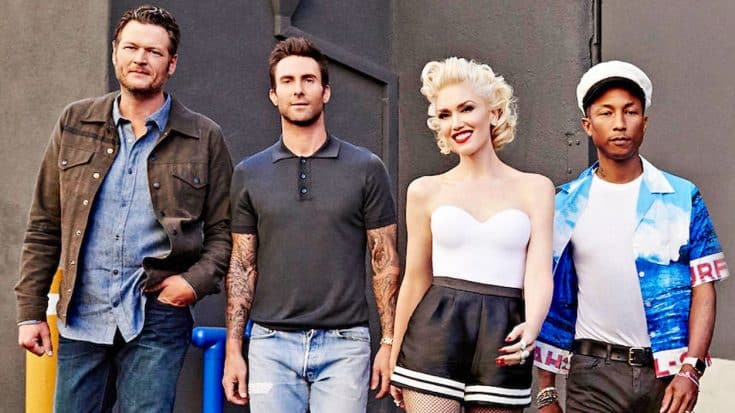 During the 9th season of the hit show, Stefani caused quite the stir with her excellent coaching skills, stunning performances, and the unravelling of her relationship with fellow coach, Blake Shelton.

Although Christina Aguilera will be taking over her seat for season 10, Stefani isn’t quite done with the TV show. According to NBC’s presidents, Bob Greenblatt and Paul Telegdy, Stefani reportedly won’t be gone for long.

In an interview with E!, Greenblatt said that “maybe” Stefani would return as an advisor, and NBC confirmed that she would be back at some point, although the circumstances of the return were not released. Greenblatt said, “We’re announcing those advisers in the next couple of weeks.”

Fellow NBC president, Telegdy, praised Stefani in the same interview, saying, “We’d love to see Gwen back. She’s a great friend of this network, we love her, the audience loves her, lots of people love her.”

And when a reporter announced, “Blake apparently loves her,” Telegdy said, “He does.“

As for the fall season, the two were not able to say for sure who would be coming back. Telegdy told E!,

We know what we’re doing in the spring, because the diva’s back, Christina’s coming back, and for the fall, we’ve got the Olympics, so I would only tease that yes, there will probably be some familiar faces. As I say, we like to switch it up, so I think there will be some fresh faces too.

One thing is for sure, the bromance between Adam Levine and Blake Shelton isn’t ending any time soon. Those two aren’t going anywhere. Whew!

We can’t wait for season 10 to begin!

In the meantime, check out Gwen Stefani’s stunning Voice performance of “Used To Love You.“