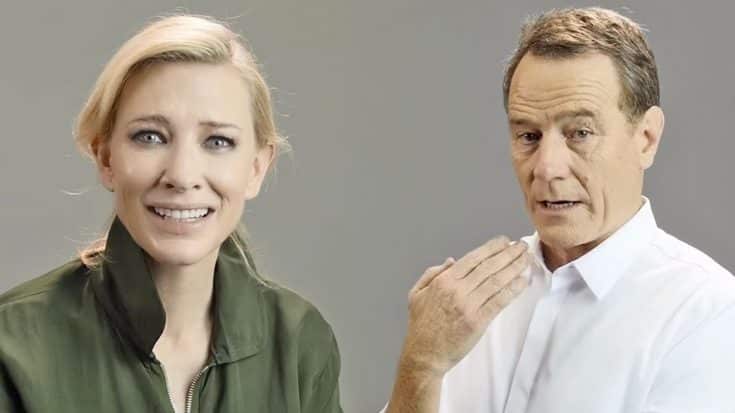 The 1939 award-winning film, “Gone With The Wind” is a timeless classic.

Everyone remembers the emotional exchange between Scarlett O’Hara and Rhett Butler,

Although the original will never be forgotten, there is always room for interpretation…

And that is exactly what W Magazine has done. Aside from creating pure gold, the magazine has gathered 29 of the industry’s greatest actors and actresses, and asked them to recite the famous lines.

In the hilarious video below, called “Casting Call,” the actors are given lines that were once performed by the opposite gender to recite themselves.

Kristen Wiig, Eddie Redmayne, Amy Schumer, Samuel L. Jackson, Cate Blanchett and many more gave it their all in performing the iconic scene between Clark Gable and Vivien Leigh.

The men were to recite Scarlett’s emotional question, “If you go, where will I go? What shall I do?” While the women responded with Rhett’s harsh words, “Frankly, my dear, I don’t give a damn.“

Each “audition” was very, very different, as each star made sure to make the lines their own and reflected their personality.

The finished product was absolutely hilarious. Did you ever think you’d see Richard Gere reciting those romantic lines?!

We didn’t think so.

Watch the funny video below.