By Miranda Raye on January 14, 2016
Advertisement 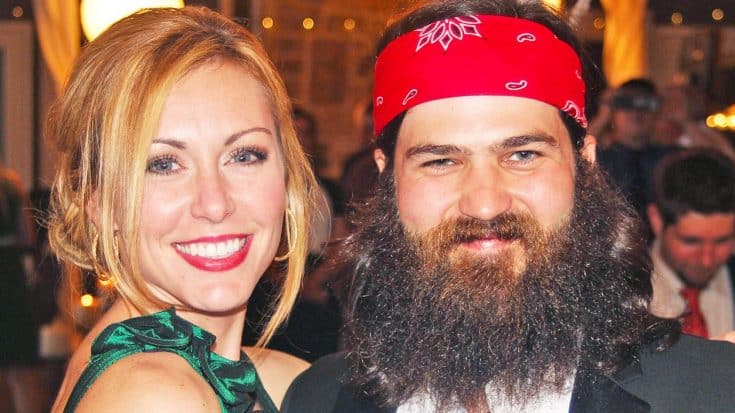 The Robertson family is about to welcome a new addition to the dynasty!

Recently, Jep and Jessica happily announced that the have made the decision to adopt a baby. They started going through the adoption process this past year, but have experienced some heartache along the way.

“Just recently we got really close and thought we were going to bring a baby home and got so excited and then it fell through, which is just heartbreaking,” says Jessica in a new video posted on the Duck Dynasty Facebook page.

But after waiting all this time, Jep and Jessica learned that a baby boy was born that needed to be adopted, and they were picked as the lucky ones to give him a home.

When Jep and Jessica told their four children, Lily, Merriett, Priscilla, and River about their new baby brother they were all excited to hear the news. Little River is especially looking forward to meeting his new brother, and not being the only boy in the house any more.

Jessica says that through Duck Dynasty, her and Jep have seen so many children in need, and felt they had to do something to help:

“I think the past few years with Duck Dynasty our eyes have been opened and we’ve seen a lot of kids that are in need. I think that was a life-changer for Jep, is to see these kids who have nothing. Like they would get a toothbrush and they would just cry over that…I think knowing that we can make a difference and take a child in that maybe would never have a mommy or daddy, you’re changing a child’s life forever. And he’s going to change our life forever.”

Jep and Jessica are not the only Robertsons to adopt a child into their family. Willie and Korie adopted their son, Will, hosted a foster daughter, Rebecca, and just announced that they are adopting a 13-year-old boy. The boy has been living with them since May, and has started showing up in many of their family pictures.

As Jep and Jessica welcome their own new addition into the family, fans will have the chance to watch their journey along the way. A new series, called Jep & Jessica: Growing the Dynasty will premiere next Wednesday following the new episode of Duck Dynasty.

You can watch Jep and Jessica’s adoption announcement in the video below.

We’re so excited to meet the new addition to the Robertson family! Congratulations Jep and Jessica!

Jep & Jessica have some exciting news! They're expanding their family & we're coming along for the ride. The new series #JepAndJessica: Growing the Dynasty premieres next Wednesday after #DuckDynasty!