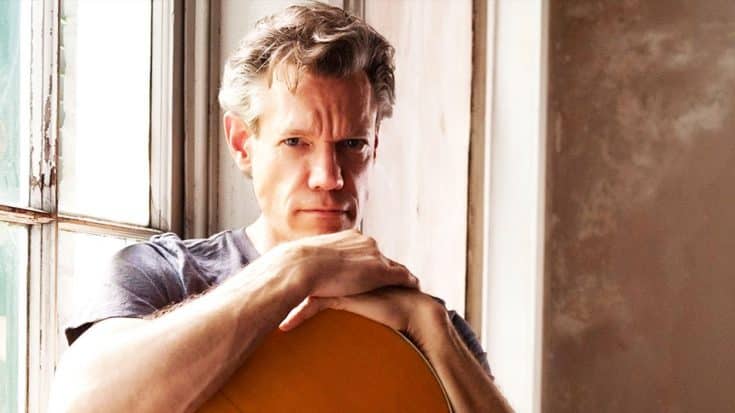 Grammy-award winning country singer Randy Travis has not been in the best health recently, but an update from a friend gives hope to many…

Back in 2013, the singer was recovering from congestive heart failure caused by a viral cardiomyopathy, and tragically suffered a stroke. Since that time, he has remained in recovery and outside of the public eye.

Recently, in December of 2015, longtime friend of the talented singer, Chuck Lipps visted Randy and his wife, Mary at their Texas home. According to an article from the Parkersburg News And Sentinel, the visit brought hope to Randy’s old friend.

“He can talk … say words, but no sentences. He is alert and knew me,” Lipps says.

Apparently the singer was doing really well and able to walk a lap around the house without the help of his wife. Lipps had asked if he could spend a half-hour with his old friend, and instead they spent all day together recalling old times and looking through a photo album.

Lipps says that the singer was smiling as they looked at the album, and many photographs were of the two performing together in the late ’80s. The singer, his wife, and Lipps spent a great amount of time talking about the good old days and even went to dinner together that evening.

Upon returning home, Lipps says that Randy’s wife had sent a message saying that the singer was happy to have seen an old friend and talk about their times together.

Although still in recover, Randy’s friend says that he has no doubt he will be back on his feet.

“I think Randy will make a total recovery,” Lipps said with conviction. “It was an amazing day. I am proud of him. He is lucky to be alive.”

Our prayers are with Randy and his family that he will make a full recovery.