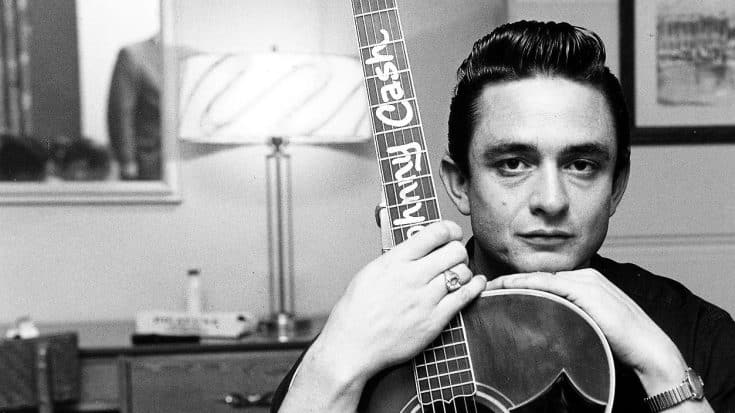 One of the few country artists to crossover accidentally into rock and roll, The Man In Black receives an honor of a lifetime…

In 1992, the Rock and Roll Hall Of Fame chose Johnny Cash as their next inductee for his deep impact and inspiration among countless artists of that genre. Honoring him at the induction ceremony was fellow country star Lyle Lovett.

Of the talented singer, Lovett says: “Over the years he’s demonstrated a broad musical perspective, never being afraid to record songs of social commentary and always being eager to seek out new songs by talented young songwriters like Bob Dylan, Kris Kristofferson, and Bruce Springsteen.”

Cash’s music brought forward themes of sorrow, battles with conflicting morals, and rebellion. Across his career spanning almost five decades, the singer curated a massive fan base and amassed more than twelve No. 1 hits, with many other songs landing in the top ten.

Throughout his career, he influenced many other singers and songwriters. Since his passing in 2003, he has continued to be an integral part of rising stars’ lives as both an incredible influence and inspiration.

Watch the incredible moment in music history below, when Lyle Lovett inducts legendary Johnny Cash into the Rock and Roll Hall Of Fame!