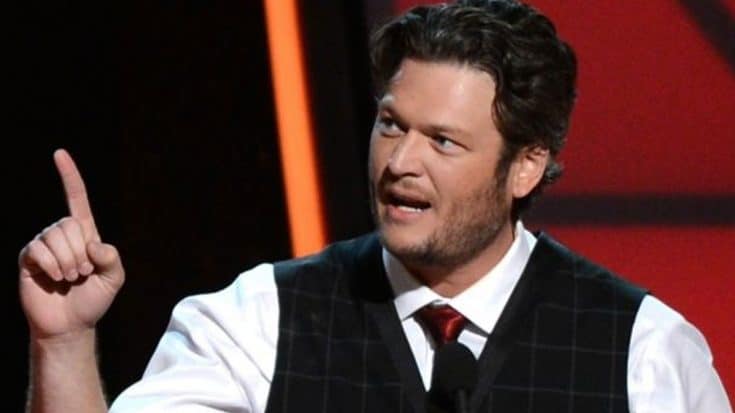 In a recent slew of posts on Twitter, Blake Shelton charges off on a rant about Tim Tebow fueled by responses of other followers.

Tebow (known to cause a media blitz himself) has seen some dwindling career prospects since being dropped by the Denver Broncos in 2012. In the span of only four years, he’s had short stints with three separate teams, ending up in “free agent”territory.

Shelton has been known to be a huge football fan, and even was seen at an Arizona Cardinals game with his new girlfriend, Gwen Stefani, recently. While watching an old playoff game from 2011, he lamented that there was no good reason Tebow wasn’t picked up by an NFL team.

Just saw the 2011 playoff game with Steelers vs Broncos.. Can someone please give me a good reason Tim Tebo isn’t playing in the NFL?!

After posing that question to the world, he followed with a rhetorical question pointing the finger at all the poor-playing quarterbacks from recent games.

I mean are you telling me that there’s NOT a team that needs him out there? Look at the problems so many teams have at quarter back!!

Soon, his followers started to respond (both good and bad). Shelton started to get heated about the topic and applauded some tweets from sympathizers while also ranting on about alleged reasons Tebow is not playing. Shelton concluded his rant with another few questions stressing the insanity that would be if the only reason Tebow was not picked by an NFL team was due to his religion.

Obviously he’s a HUGE Tebow supporter and a fan of how the player handles a football game, but maybe there’s another reason he hasn’t been picked up?

This recent Twitter rant isn’t the first time he’s gone off about the skilled sport star being dropped from a team. During the 2012 ACM Awards show, he made a joking jab at the Denver Broncos for their choice to drop Tebow.

Check out the clip from the ACM Awards below and let us know what y’all think of Shelton’s position on the Tebow debate in the comments!