Travis Tritt Gets Fired Up On Twitter About Hillary Clinton 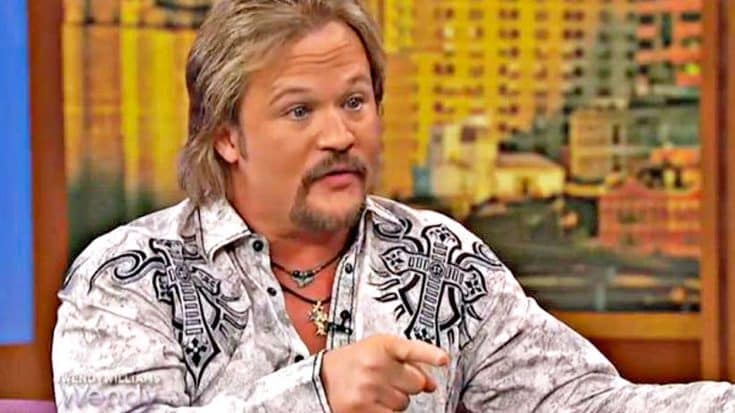 He wants his opinion heard.

Travis Tritt took to Twitter to offer his latest opinion on a certain Presidential candidate.

“In the upcoming election,” he writes, “I will be voting for the ABC candidate (Anybody But Clinton)! She is a lying troll who isn’t good for America.”

The Grammy Award-winning singer tweeted several more times about his stance as a Republican, his view on HRC (Hillary Rodham Clinton), and how she is labeling conservatives as “enemies”.

He is a known Republican and endorsed George W. Bush for president in 2000. They met at the 1996 Republican National Convention, where Tritt sang the National Anthem. He is also a huge supporter of the Second Amendment.

Tritt has always been open and honest about his political views, offering his opinions on Twitter, mostly.

See the tweets below.

In the upcoming election, I will be voting for the ABC candidate (Anybody But Clinton)! She is a lying troll who isn’t good for America!

I love my friends on the left, but if they support HRC I seriously have to question their judgment on what is good for this country!

If Hillary is going to brag about labeling me and fellow conservatives as “enemies” rather than opposition, I’m gonna start acting as such!

I’ve said what I feel and got it off my chest! Now I can go back to focusing on playing music! Vote your conscience, folks! I will!

What do you think of Tritt’s opinion?