Miranda Lambert Gets Sentimental In New Song ‘Sweet By And By’ 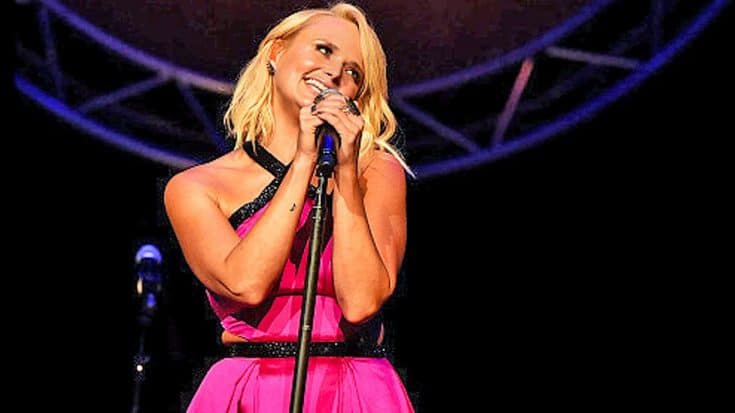 We are used to seeing Miranda Lambert‘s feisty side come through in many of her songs, such as “Kerosene” and “Mama’s Broken Heart.” But for her newest song, “Sweet By and By,” Lambert changed things up a bit and decided to show off her sweet side.

“Sweet By and By” is part of producer Dave Cobb’s upcoming compilation album called, Southern Family. Lambert is one of several other country singers from the South featured on the album, with some others being Chris Stapleton, Shooter Jennings, and Zac Brown.

Cobb has always had a fondness for the 1978 album White Mansions, which Waylon Jennings and Jessi Colter sang on. “The landscape and cinematic quality — the feel— of the record has always stuck with me,” he said in an interview with EW in early January.

The artists featured on Southern Family all brought different types of songs to the table, but all of them somehow connect to their own lives and experiences:

“There are some that are deep and slow and brooding. And some that are really powerful and upbeat. People came in and wrote about their grandparents or where they grew up; things that have been there their whole lives or tragic things that happened along the way. It’s alive.”

In Lambert’s song, “Sweet By and By,” she reflects on the many lessons she learned from her parents as a child, such as “family is the light that guides us,” and “let your daddy know you love him, you will never have another.”

Throughout the song, Lambert reminds her “mama” and “daddy” that the lessons they taught her will always be with her, singing, “I have not forgotten, lessons learned under the light of a Southern, starry sky.”

Southern Family won’t be released until March 18, but while you’re waiting, enjoy listening to Lambert’s new song, “Sweet By and By” below. You can also watch a behind-the-scenes video of Miranda talking about the making of the song and Southern Family.

We can’t what to hear the rest of the album! How about you?