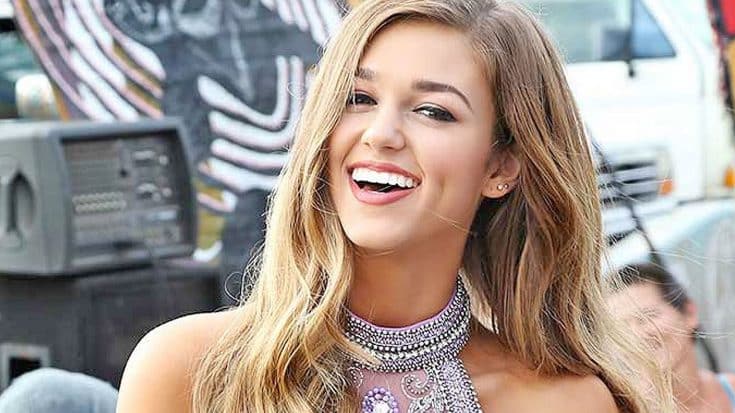 She just announced via Facebook that she will be hosting the 2016 Movie Guide Awards, an awards show that focuses on faith and family friendly movies and TV shows.

Her family has attended the awards show in years past, and her dad, Willie, has even won an award! No, not for his weekly appearances on Duck Dynasty, but for his acting skills on the ABC show Last Man Standing.

Watch his clip from Last Man Standing below.

Sadie, who said she is “sooooo excited to be hosting the 2016 Movie Guise Awards”, posted a picture from last year’s Movie Guide Awards to announce her exciting news.

Award categories include the Grace Award for Movies and Television, which is “awarded to an actor or actress in a motion picture or television program who exemplifies God’s grace and mercy through us as human beings through their outstanding performances.“

The Faith & Freedom Award for Movies and Television are awarded for “entertainment value and for creating programming that is uplifting, moral, insightful, compassionate, and that shows America and its people in a positive light.“

According to the Movie Guide Awards website, “many people don’t realize that the family audience represents more than 65% of the American population.“

Watch the trailer for this year’s upcoming Movie Guide Awards, airing on February 5th, below.