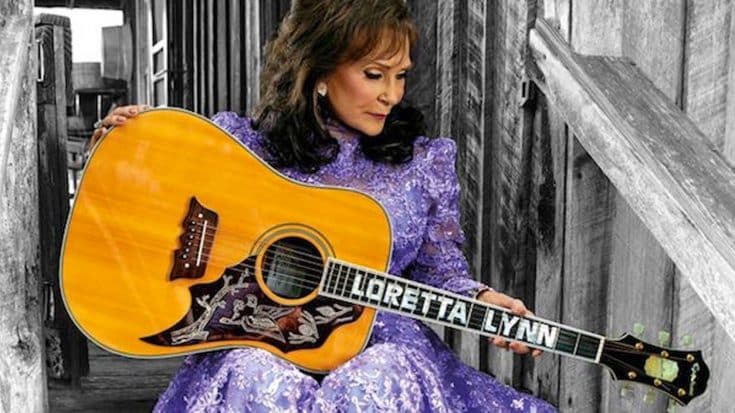 The “Coal Miner’s Daughter” has still got it!

2016 is already proven to be a big year for country superstar, Loretta Lynn.

On March 4, the country icon plans to release her first album since 2004, called Full Circle. The album, or more of a look at Lynn’s legendary past, will be filled with reinterpretations of Lynn’s biggest hits, and of course, some new tunes.

Dubbed the “First Lady of Country Music,” Loretta Lynn has a very impressive history. Her new album will revisit some of her greatest hits, including her 1968 hit “Fist City.” Lynn will also revisit the song “Whispering Sea,” the first song she ever wrote.

One of the new songs on the album is a collaboration with musician Elvis Costello, called “Everything It Takes.“

In an interview with Rolling Stone, Lynn described the song as a “woman song – something more for a woman.“

The song was written by Lynn and Todd Snider. Lynn admitted the song came easy to her, and in the same interview she said,

I wrote ‘Everything It Takes’ real fast. I probably wrote it in 30 minutes. Sometimes I can write a song real fast, and sometimes it’ll take me two, three days. And I get so aggravated that I’ll probably lay it down and go back to it later. But that song came easy. I’ll come up with the title first and, when I come up with the title, I always know I got a good title.

Throughout the chorus, Costello adds the perfect backup vocals to the country superstar. The two were meant to sing together!

Check out the song below, and we’re sure it will get you excited for Lynn’s new album!