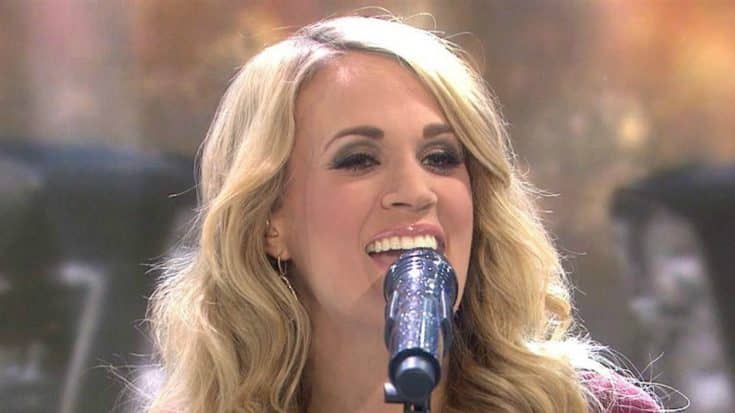 For three days in April, the Las Vegas strip will be hopping with a country music party unlike any other. Carrie Underwood, Kenny Chesney, and Dierks Bentley are set to host three consecutive nights of entertainment for the 2016 ACM Party For A Cause Festival on April 1-3 at the Las Vegas Festival Grounds.

When the Academy of Country Music approached Carrie Underwood for ideas about their annual festival, the star knew she wanted to do something different on the night she hosts the event.

“Whenever we were approached to do it, they were like, ‘Well, who do you want to have on the bill?’ I was like, ‘Can we just ask girls?’ I just personally think that’s a more interesting bill because everybody is unique,” Underwood said. “Everybody has their own sound, their own look, their own kind of music, their own voice.”

The Academy of Country Music thought it was a fantastic idea and Underwood’s Women of Country Night is was born.

Underwood has been keenly aware of the near-absense of women in the genre ever since she won American Idol and has wanted to do something to change it.

“I felt it from the beginning,” she said. “When we would start talking about potentially playing different shows, other people would talk about, ‘Oh, well, we kind of already have a girl on our roster.’ Or, ‘We already have a girl at the show so we can’t have another one.’ We’ve always been outnumbered by the boys.

“There are a lot (of women) right now just waiting for their chance,” Underwood said, adding, “I refuse to believe that women don’t want to hear women.”

The charitable concert event leads up to the 51st annual ACM Awards that will be broadcast live from the MGM Grand Garden Arena on April 3.