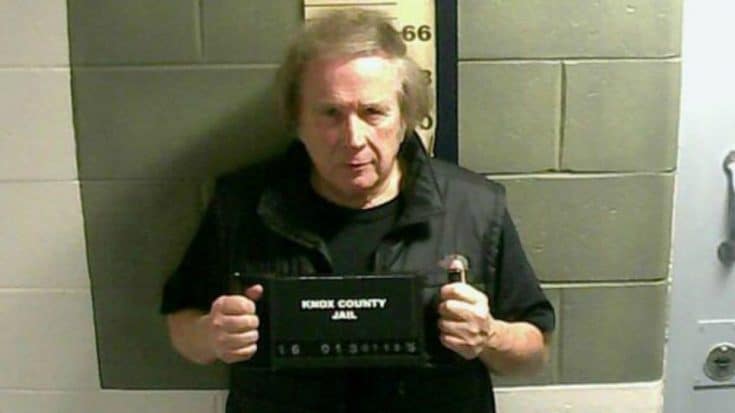 The arrest took place at McLean’s residence in Camden, Maine, early Monday morning after officers responded to a 911 call, according to Camden’s Police Chief Randy Gagne. The singer was taken to Knox County Jail in Rockland, Maine, and was later released after posting $10,000 bail. McLean is set to appear in court on February 22, 2016.

McLean is best known for his 1971 hit ‘American Pie’, but also found success with country music covers. In 1995 the singer released You’ve Got to Share: Don McLean Sings Marty Robbins and The Western Album on his own self-named music label. His greatest country success came with a 1981 cover of Roy Orbison’s hit “Crying” which climbed to number 5 on the pop singles chart.

Roy Orbison was so impressed with McLean’s version that he touted it as the best cover he’d ever heard of one of his songs. Orbison claimes that McLean did a better job than he did and even went so far as to say that “the voice of Don McLean is one of the great instruments of 20th Century America.”

70-year-old McLean still performs occasionally at festivals around the country.