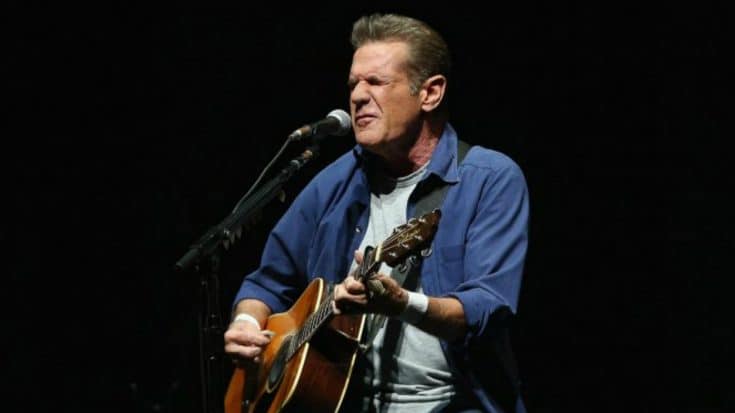 Glenn Frey, a founding member of the Eagles, died at age 67 on Monday in New York City after fighting severe health issues. The announcement was made in a statement posted to the Eagles’ website.

“It is with the heaviest of hearts that we announce…the passing of our comrade, Eagles founder, Glenn Frey, in New York City on Monday, January 18th, 2016. Glenn fought a courageous battle for the past several weeks but, sadly, succumbed to complications from Rheumatoid Arthritis, Acute Ulcerative Colitis and Pneumonia. The Frey family would like to thank everyone who joined Glenn to fight this fight and hoped and prayed for his recovery. Words can neither describe our sorrow, nor our love and respect for all that he has given to us, his family, the music community & millions of fans worldwide.”

Frey played guitar and sang lead for the Eagles, known for hits such as “Take It Easy,” “Already Gone” and “Hotel California.”

Frey’s health problems caused the band to defer accepting their planned December 6 Kennedy Center Honor until 2016, the Washington Post reported in November. The event’s host, Stephen Colbert, explained during the ceremony that the Eagles chose to delay the honor because they wanted to “accept their honor the way they made their music: together — and shirtless.” He added, “But, it was the ’70s. But since the rest of us are here, let’s celebrate them anyway.”

Country star Miranda Lambert paid tribute to the group at the Kennedy Center Honors with a stunning cover of the band’s song “Desperado” which was written by Frey and bandmate Don Henley. The song became a hit for the band in 1973 and was later covered by country singer Clint Black in 1993 for the album Common Thread: The Songs of the Eagles.

Our prayers are with Glenn Frey’s family and friends at this time.

Watch Miranda Lambert’s beautiful tribute to the Eagles in the video below.