‘Nashville’ Star Opens Up About Dealing With Postpartum Depression 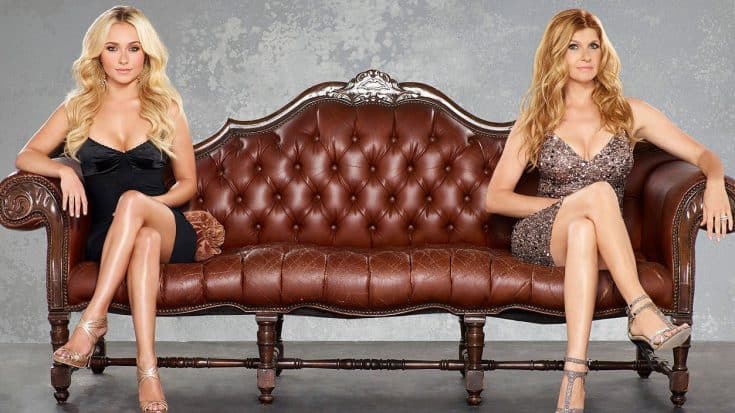 One of Nashville’s leading ladies is speaking out.

The singer and actress voluntarily checked into a treatment facility in October and is “feeling great“.

“I feel like a different person walking on this red carpet,” she told Access Hollywood during an interview at the Critics’ Choice Awards. “I always felt a little socially awkward – I mean, I’m still socially awkward but I feel like I don’t have to hide myself as much anymore and I can be true, and people will accept your scars and your bumps and your bruises and will relate to them, and I didn’t really know that until everything happened over this past year or so.”

The new mom gave birth to her daughter, Kaya, in December 2014 and was privately dealing with PPD, while her character on Nashville was dealing with the same thing.

Playing a role that hit so close to home for her was extremely difficult.

“It’s wild what the mind does. It kind of like puts up a block and you can’t associate, and I was having a lot of trouble associating,” she said. “So the more on-the-head it was, the more hitting the nail on the head, it was, the closer to me it was and the closer to the truth I, the more my – I just couldn’t. I was suppressing, I backed away, I had to think of something else.“

Panettiere was nominated for Best Supporting Actress in a Drama Series for her portrayal of Juliette Barnes and we’re sure the nomination meant a lot to her, especially after the last year.

“It’s made my life better and I do feel and hope it’s made other people’s lives better and [given] more of an understanding,” she told E! News. “Postpartum Depression was not something that I ever understood. I didn’t realize how much of a stigma it had about it.”

Although she didn’t come out victorious at the awards show, she is still making a difference.

Since she stepped back in the spotlight, she has been raising awareness for PPD and empowering other women who have gone through it to speak up, share their stories, and let other women suffering know that they are not alone.

Watch her full interview with E! News on the red carpet below.