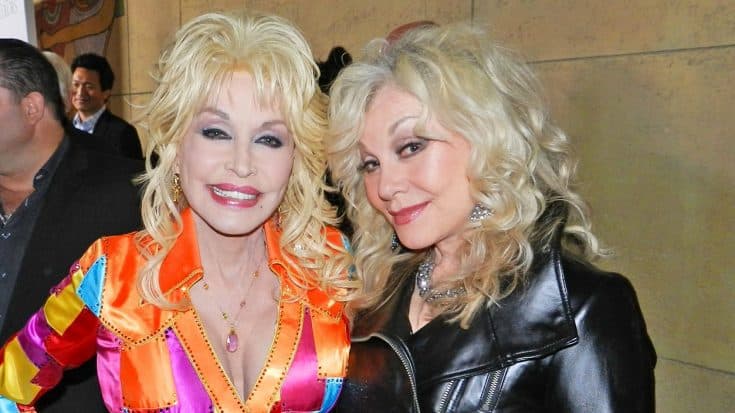 Dave Kapp via The Washington Times

Dolly Parton’s little sister is honoring her with a very sweet tribute. Stella Parton has been working on Mountain Songbird: A Sister’s Tribute for her iconic big sister, and it is finally available for listening.

Mountain Songbird: A Sister’s Tribute also includes a new duet Dolly and Stella co-wrote together, titled “More Power to Ya” along with re-recorded Dolly classics. Stella released the album on a very special day – Dolly’s 70th birthday. So sweet!

According to Webster Public Relations, Stella spoke about her decision to create the tribute to her sister.

“I have been asked many times throughout my career to record an entire album of her music, but in my heart and mind, I never felt I could ever do her music or performances justice. So in the end, while making the decision to record this tribute album of eleven of my favorites, I decided to sing the story songs because they resonated with me the most.” Stella said.

The sisters are equally supportive of one another. Dolly is obviously the more recognized Parton sister, and someone Stella looks up to, but Dolly shares the same admiration for her baby sister.

“Stella is a great singer, entertainer and songwriter. All the more reason I am so proud she decided to do a tribute CD of my songs.” Dolly said.

The collection of songs is just what Dolly fans will love! See the track list below, along with Stella’s cover of “Coat of Many Colors”.