By Miranda Raye on January 19, 2016
Advertisement 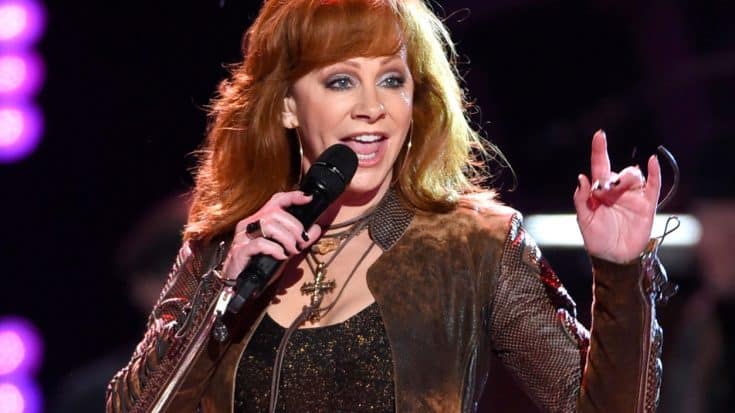 Even country stars like Reba McEntire like to go out and enjoy a concert every now and then. But it makes it a challenge to enjoy a concert when the artist you’ve come to see doesn’t show up until three hours after it starts.

Such was the case when Reba went to a Madonna concert in Nashville on Monday night (Jan. 18). In a series of posts to her Instagram, Reba expressed her growing frustration throughout the night as time ticked by and Madonna was still a no-show.

At the Madonna concert. She's not on yet…really???

Reba continued to share a similar picture of the empty stage throughout the night, asking the other concert goers if they had any idea where she was. Like Reba, no one else seemed to have any clue where the “Material Girl” singer could be.

Reba was at the concert with her good friend Kix Brooks, who also expressed his frustrations about Madonna’s tardiness on social media. “1030 – still no Madonna ?? – hey it’s Nashville!! We’re on time! where the hell are you!!?” Kix wrote.

Finally, Reba says that Madonna came on stage at 10:31, nearly three hours past the time she was supposed to show up.

Although Madonna was late to the concert, people in the comments sections of Reba’s posts said that that she put on a great show. But everyone was a little upset that it took so long for her to appear on stage. Apparently this isn’t the first time Madonna has been late to a concert, according to TMZ she was three hours late to a weekend concert in Louisville as well.

Reba has kept busy recently, wrapping up part of her residency with Brooks & Dunn at Caesar’s Palace in Las Vegas last month. You can watch her live performance of “Why Haven’t I Heard From You” with Brooks & Dunn in the video below.

Since Reba’s been working hard, we hope that she still managed have a good time at Madonna’s concert!