NASCAR Legend Gets In Physical Confrontation With Off Duty Cop 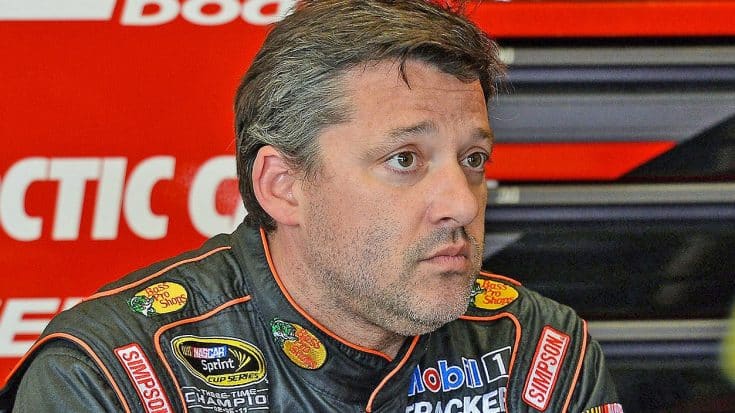 Tony Stewart seems to be ruffling some feathers.

According to Fox23 News, Stewart was working the event and was being heckled by a fan in the stands. Stewart confronted the fellow racing enthusiast, who was identified as Corporal Kyle Hess. Their confrontation got physical when Hess appeared to push Stewart after they exchanged words.

According to Twitter user @kyleslader19, Tony Stewart “flipped a guy off and called him a fatass.”

The Twitter user also upload a video of Stewart and Hess’ exchange where you can hear the crowd chanting Stewart’s name. Before Stewart was pushed, Hess yelled, “I never liked you and I never have.”

Tony Stewart with the fan that flipped home off! pic.twitter.com/kBpbpbMkGl

Every fan in the vicinity began recording the confrontation and by the end of the event, every fan in the stadium had seen the video. With it circling the Internet, Tulsa Country Sheriff’s Office got wind of it and began investigating the incident.

“We’re all held to a higher standard, even off duty,” Deputy Justin Green said.

It is too early to know the repercussions for Hess. Stewart, on the other hand has no ill will towards Hess and does not want anything more to be done.