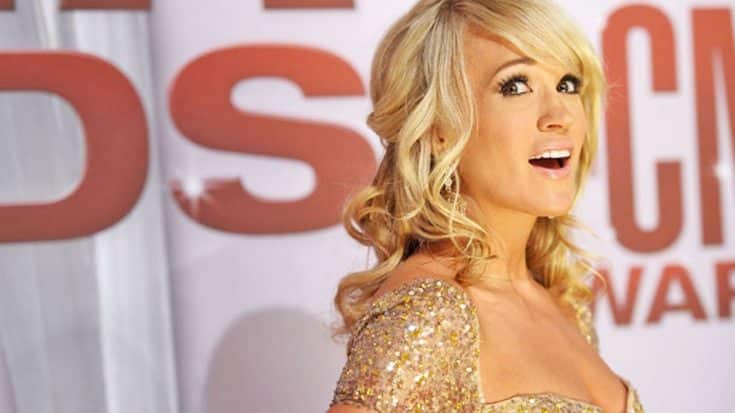 Carrie Underwood is full of surprises!

Apparently, the country star is a huge fan of, Mercy Street, a television show recently premiering on PBS. Set during the Civil War, the show follows two nurses who have to get over their opposing sides and work together at the Mansion House Hospital in Alexandria, Virginia.

Although Underwood was excited for the show, she was even more excited to watch her friend, Josh Radnor, appear in the first episode. Underwood posted her excitement to her Twitter page, telling fans, “I’m excited to watch my friend @JoshRadnor tonight in #MercyStreetPBS From what I’ve heard, it’s going to be really good!“

I’m excited to watch my friend @JoshRadnor tonight in #MercyStreetPBS From what I’ve heard, it’s going to be really good!

Her friend was quick to reply… but it wasn’t what we were expecting!

Instead of thanking her, he had an offer (we hope!) she can’t refuse. To his own Twitter page, Radnor said, “@carrieunderwood Guest star, season two?“

Could it be true!?

Thankfully for us, Underwood replied, “I’m in!”

@JoshRadnor I’m in! First episode was good! So interesting to see the characters being established…

We think she’d make a great addition to the show – just saying!

Below, Underwood performs in her most recent music video for the single, “Heartbeat,” be sure to check it out!