By Jennifer Pernicano on January 20, 2016
Advertisement 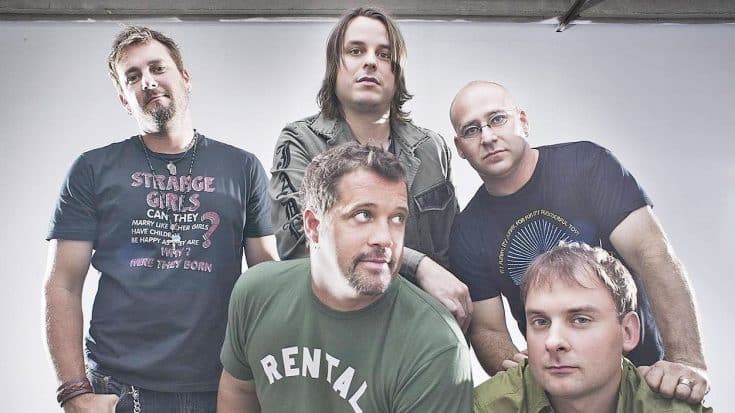 This alternative rock group is not the first transition from rock to country.

Former Hootie and the Blowfish frontman, Darius Rucker, paved the way in 2008 and now, rock band Sister Hazel is following in his footsteps.

The band’s first album in five years will be a country album titled Lighter in the Dark and actually features Rucker on a song called “Karaoke Song“.

The 14-track album will be released on February 19, but fans who pre-order it on iTunes will receive an instant download of their first single of the album, “We Got It Tonight” and their collaboration with Rucker, “Karaoke Song“.

“The five years since our last record has been anything but a straight and clear path,” Sister Hazel’s bassist and vocalist, Jett Beres said in a press release. “After making records together for over 20 years, we found ourselves struggling to find ‘the sound’: a body of work that would honestly represent who each of us were as a band and as individuals.”

Their new sound is a bit different from what fans are used to, but it’s the same Sister Hazel that everyone fell in love with in the 1990s.

They have fully embraced their new genre and according to their official Facebook page, are currently in Nashville promoting Lighter In The Dark.

Miracle of miracles, we all made it to Nashville, despite the weather! Warming up a bit before heading around town to share the new music. #LighterInTheDark

Listen to a preview of the album below.