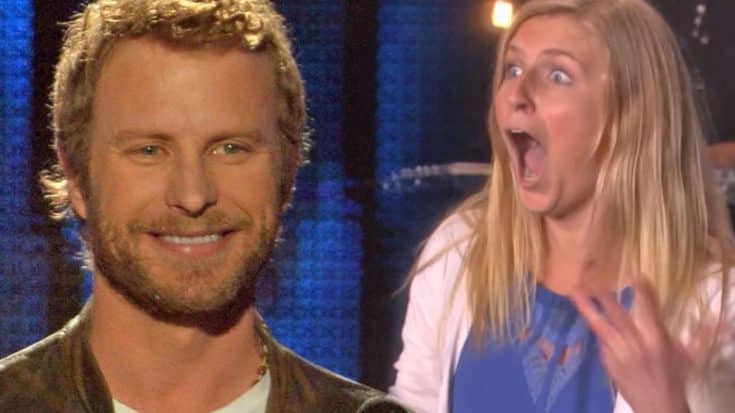 Talk about a once in a lifetime opportunity!

During a recent episode of “The Ellen Show,” country star Dierks Bentley stopped by to perform his newest song, “Somewhere On A Beach” for the very first time on television!

After his performance, Ellen DeGeneres joined Bentley on stage, and the two discussed the big year coming up for the country singer. Between his Grammy nomination, and his co-hosting of the ACM Awards with fellow icon, Luke Bryan, we’re surprised Bentley has time to do any more!

But he does… Ellen announced,

You’re going to do something special for a fan, there’s a fan in the audience… what are you going to do?

Bentley told the sea of excited women that he would be performing at a large beach festival in Florida, and that he’s “friends with some folks who work at a company called Beach Craft…”

I thought it’d be really cool to fly a fan and five of her friends private, in a plane, to our show ‘Somewhere On A Beach in Florida!’”

The crowd went wild as each audience member hoped, and prayed they would be the lucky winner.

DeGeneres then announced the winner, and she couldn’t have had a better reaction.

The winner hopped out of her seat, sprinting to the stage while shaking and bouncing. She ran full-speed into Bentley who ran to hide behind DeGeneres!

The winner was so thrilled that all she could say to DeGeneres and Bentley was “Oh my gosh!” and “Thank you, thank you!“

After the fact, Bentley thought her reaction was so priceless he created a meme out of it and posted it to his Instagram.

Check out the full surprise below!