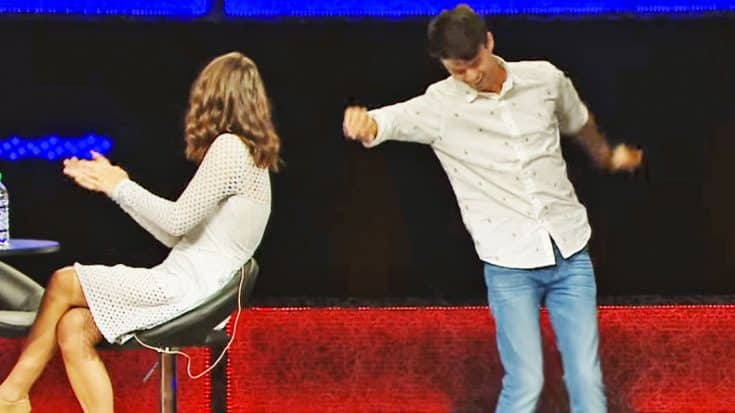 In an interview with one of the largest Baptist churches in the south, the young Duck Dynasty star gets his groove on with a surprise dance session!

On stage during part of NewSpring Church’s “#MericaSeries”, John Luke Robertson and his wife, Mary Kate Robertson talk about faith, family, marriage, and what being part of Duck Dynasty is like.

When they began talking about Sadie Robertson and her experience on Dancing With The Stars, the host decided to take the interview in a different direction…

“Are you a better dancer than Sadie?” He quizzed John Luke jokingly. “Do you have moves?”

John Luke responded with confidence, “I’d say so. I’ve got a few [moves].”

Without missing a beat, the host has the sound booth queue up one of today’s hottest hip-hop tracks and John Luke shows the crowd his special kind of moves!

Check out the video below to see if he actually is a better dancer!