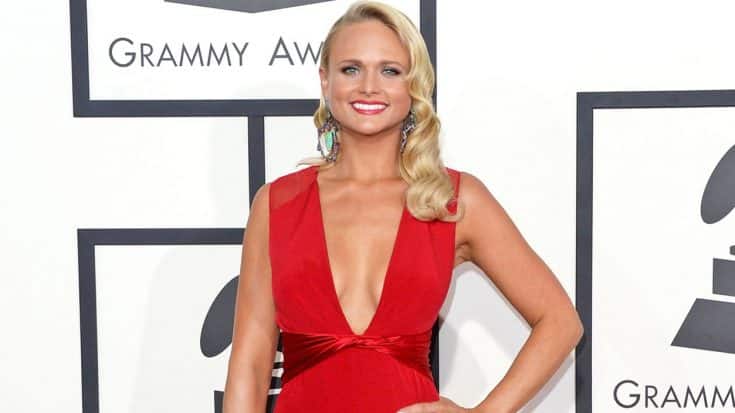 Over the course of a year, country superstar Miranda Lambert, has gone through quite the transformation.

This year sure has had ups and downs for the country singer, from her Blake Shelton divorce in July to her 3 CMA Awards to the release of her new singles, “Little Red Wagon” and “Smokin’ And Drinkin’.“

But despite it all, Lambert has made sure to focus on herself in  2015. She’s transformed into a person who looks and feels good!

Lambert recently shared her top four body transformation secrets with Women’s Health, and you have to read it to believe it!

1. Stop with the trendy diets:

Lambert said she’s tried it all. She told Women’s Health, “I did [Nutrisystem] for a month, and then got tired of it. You get tired of any diet. I’ve tried everything.” But after trial and error, Lambert realized the best way to become healthy, is get used to the meaning of “healthy.” She began changing her lifestyle and welcoming healthy foods into her daily routine.

She said, “I just literally would make grilled chicken breast, sweet potato salad.” She believes the simpler, the better!

In the interview, Lambert admitted she’s not the biggest fan of veggies. She opened up and said, “I like broccoli with cheese, and carrots with ranch dressing.” Who doesn’t?! Since she’s still not a veggie-lover, she makes sure to have a green juice each and every day. She said, “So if I don’t eat anything else green that day, I feel like I’ve got my green in.“

A perfect way to get those veggies in!

Cardio. Something we all wish we didn’t have to do, and Lambert is no different from the rest of us. She admitted, “I hate running,” so instead she half-runs-half-walks around her 700-acre ranch. While listening to her music, she’ll run for a song and then walk for a song. She said she enjoys doing jumping jacks and running up and down stairs as an alternative too.

Sounds good to us!

And her final advice? Channel your inner Britney Spears! While walk-running Lambert puts some Britney on her speakers. She said,

If I put on Britney, I can picture Britney’s body, and I’m like, ‘Oh! Faster!’

Visualize the body you want!

Lambert has done a great job looking and feeling great, and we couldn’t be more impressed! She’s truly an inspiration.

Listen to Lambert’s newest song, “Sweet By and By,” below.