By Miranda Raye on January 20, 2016
Advertisement 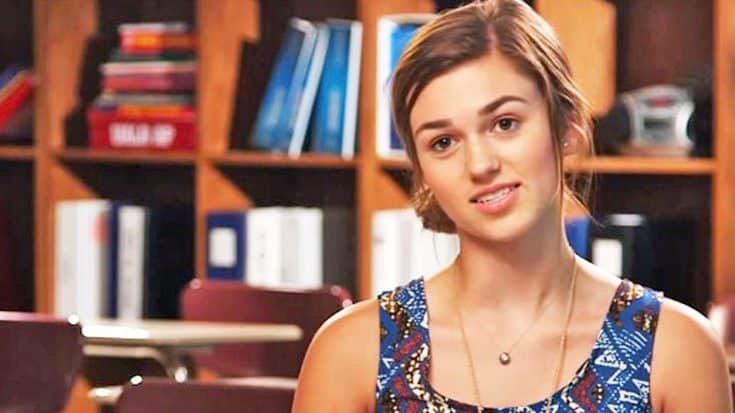 Despite the mostly negative reviews from critics it received prior to its release, the 2014 film God’s Not Dead became a big hit with audiences. The film was such a success that a sequel has been planned for release on April 1, 2016, to go along with the Easter holiday.

Duck Dynasty’s Sadie Robertson has a small role in the sequel as a character named Marlene, who acts as a source of support to a friend who struggles to stand up for her faith at school.

The film’s plot is centered on high school teacher Grace Wesley, played by Melissa Joan Hart. When one of Grace’s students asks her a question about Jesus, her response ends up jeopardizing her career.

Sadie is not the first Robertson to take part in the God’s Not Dead films. Her father, Willie appeared in a video clip toward the end of the first movie, congratulating main character Josh Wheaton for staying true to his faith.

To Sadie, the God’s Not Dead films have a special meaning to her, because she knows what it’s like to be questioned for her faith. As a high school student herself, Sadie says the sequel really hits home with her, since she’s experienced similar events in her own life:

“The message is so relevant, I feel like, to most high school teens who went through having to stand up for their faith. And I feel like it’s a ton of people in the world nowadays. Because honestly, the sad thing is, it’s not the coolest thing, the number one thing that everyone’s doing. But I think that we can change that.”

Sadie is particularly excited about her role in the film’s sequel, saying she’s grateful to have the opportunity to play a friend to someone who’s experienced the same struggles she has in life.

“For me to play a friend helping someone through standing up for their faith and being by her side, it’s good for me, because I’ve actually been there in real life,” she says.

Despite any criticism she may have received over the years, Sadie has stayed strong in her faith. Now, she works to spread the message of God’s love to her fans and young people around the world.

You can watch Sadie’s full, behind the scenes interview about God’s Not Dead 2 below, along with the film’s official trailer. Watch for Sadie in the classroom scene around the 35 second mark.

Sadie, you are truly an inspiration!