Did The Next Carrie Underwood Just Audition For American Idol? 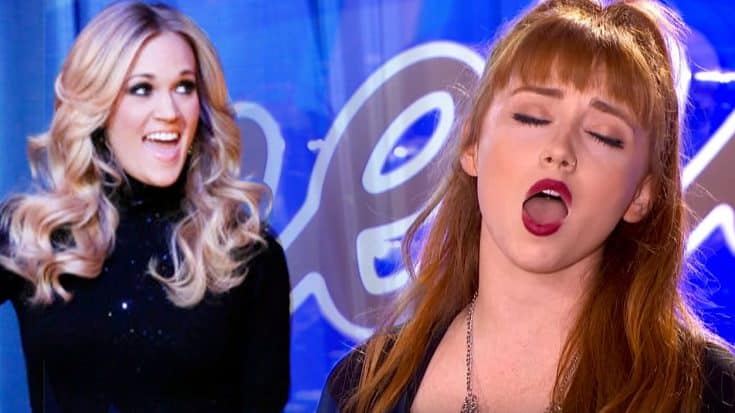 When this young redhead starts singing, the judges have a case of déjà vu.

Colette Lush is a 19-year-old nanny from Orange County, California and has been singing for years. All the judges complimented her on her bright beautiful orange hair.

“You have beautiful hair!” Jennifer Lopez tells her.

Taking a shot at one of the most well-known singing competitions in the world, this could be the big break for the youngster…

When Lush picks up the microphone and begins singing her a cappella version of “Who’s Loving You” by The Jackson Five, the judges are completely shocked at what they’re seeing!

This teenager belts out the 1992 super-hit with power like they haven’t seen in a long time…probably since Carrie Underwood made her debut on the television show in 2004, singing “I Can’t Make You Love Me” by Bonnie Raitt.

Watch Colette Lush’s unbelievable audition in the video below!