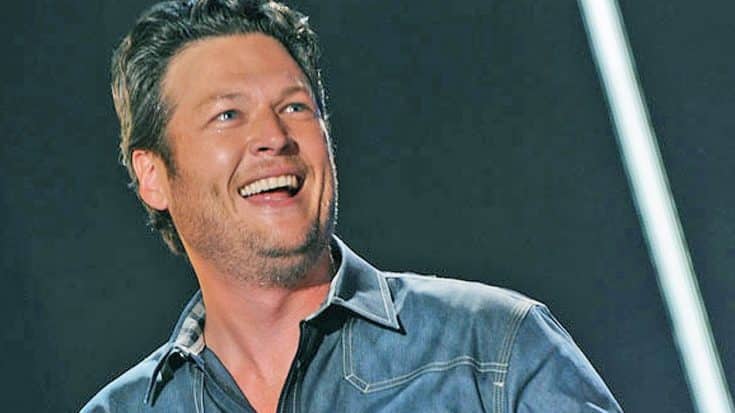 Over the last few months, Blake Shelton’s love life has been a hot topic.

He and his girlfriend Gwen Stefani have dealt with many rumors including a pregnancy, a wedding, a cancelled wedding, and so much more.

Fans have been tweeting him pictures of magazine covers he is on with the so-called story of the week.

Luckily, Shelton has a great sense of humor and takes all these rumors with a grain of salt.

One fan, @blaresgal777, tweeted him a picture of two magazines side by side. One said “Gwen & Blake: Shotgun Wedding“, while the other said “Gwen Cancels the Wedding“. She asked Shelton, “So which one is it??“

@blakeshelton So which one is it?? Ha ha pic.twitter.com/Fc7UlXFj7i

His response was, “Ha!!!!!!! This is possibly the funniest picture I’ve ever seen!!! My god… I wish they’d at least pick a story!”

Another Twitter user tweeted him a photo of a magazine that said he and Stefani are “having a girl”.

@blakeshelton this one too LOLOL???? pic.twitter.com/cgnnclsRQT

His response was classic Blake.

For gods sake….. I wish I’d been collecting these all this time… https://t.co/RIwAngtA2o

After seeing these fake headlines, Shelton comically wrote, “To quote the great @JerrySeinfeld, “People who read tabloids deserve to be lied to…”

We might have to agree with Shelton on this one, these tabloids are getting a little ridiculous!