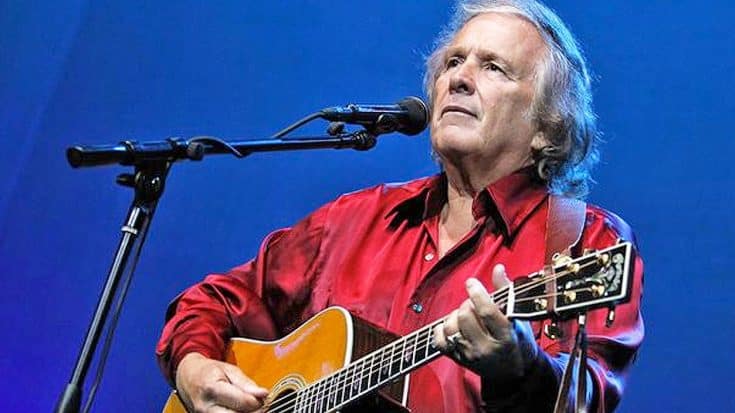 Don McLean, best known for his 1971 hit “American Pie“, is finally making a statement after his arrest on Monday morning (Jan. 18).

According to CNN, police in Camden, Maine, where he resides “arrested McLean early Monday morning on a misdemeanor charge of domestic violence assault.“

He was bailed out of the Knox County Jail just a few hours after he was booked. While CNN says the name of the alleged victim wasn’t revealed, McLean’s wife, Patrisha, is apparently taking steps to distance herself from the singer.

According to the Portland Press Herald, Patrisha “sought and obtained a temporary protection from abuse order from Rockland District Court, which prohibits her husband from having contact with her.“

Patrisha claims that he has been abusive for most of their 30-year marriage and in a statement supporting her request, wrote, “On Jan. 17, Don terrorized me for 4 hours until the 911 call that I think might have saved my life.“

He is set to appear in court on February 22nd where, according to his lawyers, he will plead not guilty.

McLean released a statement posted on his website saying,

“This last year and especially now have been hard emotional times for my wife my children and me. What is occurring is the very painful breakdown of an almost 30 year relationship. Our hearts are broken and we must carry on.  There are no winners or losers but I am not a villain. I may never recover from this but I will try and hope to continue to entertain you all as I always have. I ask God to give us the strength to find new happiness and I hope people will realize that this will all be resolved but I hope I will not be judged in this frantic media environment.”

The couple have lived in Camden for the last 20 years with their two children, Jackie and Wyatt.