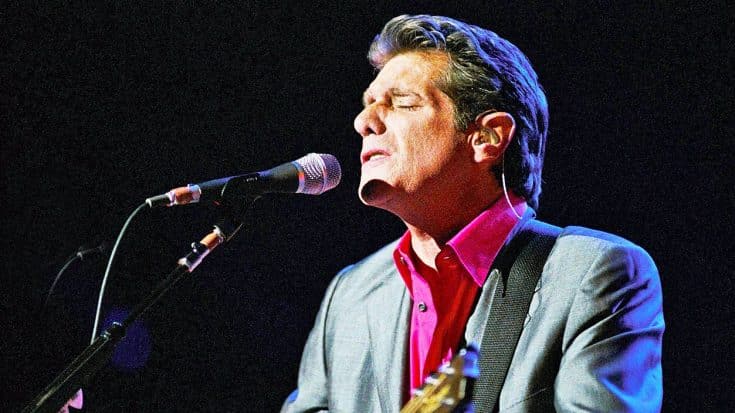 When news broke that The Eagles founder Glenn Frey had passed away on Monday (Jan. 18), the music industry was understandably devastated. Although his passing came as a shock to many, Frey’s good friend and fellow musician, Bob Seger says that he hadn’t been feeling well for some time.

Seger and Frey saw each other for the last time in July at a concert for The Eagles in Detroit, Michigan. Seger tells the Detroit Free Press that Frey looked and sounded great at the time.

“He was in a great mood,” says Seger. “His voice sounded great. [The song] ‘Saturday Night’—when you hear that harmony, it’s still mind-boggling how truly wonderful it is. And he created that.”

Although Frey seemed well at the time, he had experienced consistent intestinal issues for decades. In November, Frey underwent surgery in an effort to help his issues, but took a turn for the worse afterwards.

Seger says that that Frey’s bandmate, Don Henley, told him in November that Frey was suffering from pneumonia and had complications from rheumatoid arthritis and acute ulcerative colitis.

The doctors tried as hard as they could to save Frey’s life, but as Seger reveals, even their best efforts failed:

“He was in a coma, and he’d come out, but then he couldn’t breathe. They’d put him back into the coma. They were trying like hell to keep him alive…[Eagles manager] Irving [Azoff] pulled every ace out of the hole—he had the eight best specialists working on Glenn. About a month ago, they had to throw up their hands.“

Like the rest of the world, Seger is still in shock about Frey. More than anything, he wants people to know about the type of person Frey was, and how dedicated he was to his family and his music.

“He loved his family,” Seger says.  “He loved those kids. He was devoted to them. He was so much more than people knew he was…He loved the band. He loved the fact he could keep doing this. And he kept doing this until six months before he died.”

You can watch ET’s report on Seger’s comments about Frey and his death in the video below.

We continue to send our prayers out to Frey’s family, friends, and bandmates. May he rest in peace.