By Manly Bryant on January 22, 2016
Advertisement 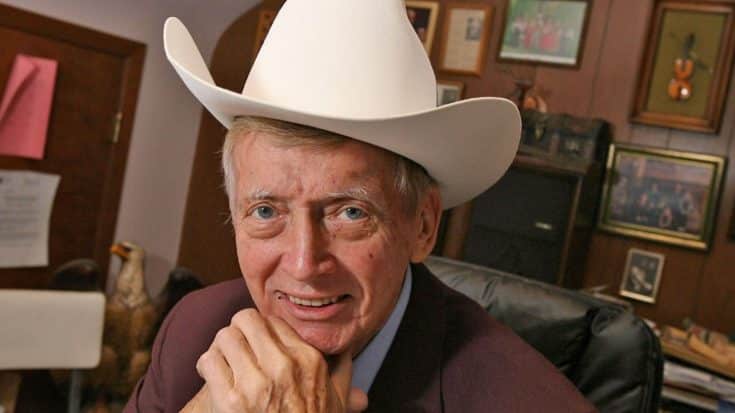 Ramblin’ Lou Schriver passed away on January 17, 2016 with his loving family by his side.

Schriver was a an icon in country music entertainment for nearly 69 years, and will forever be remembered as WNY’s “Father of Country Music”. The Buffalo, New York radio host was country when country wasn’t cool and pioneered the genre east of Nashville.

Better known as Ramblin’ Lou, he appeared numerous times at the Grand Ole Opry and sponsored bus tours to Nashville for 60 years. Ramblin’ Lou also sponsored some of country music’s most talented artists including, Hank Williams, Loretta Lynn, Johnny Cash, Charley Pride, Willie Nelson, Dolly Parton, and more. He made a lasting impact on everyone he met, and was truly loved within the country music community. The radio broadcaster was married to his wife Joanie for 54 years and had four children: Linda Lou, Lou IV, Lori Ann, and Lynn Carol. They were known as the Ramblin’ Lou Family Band. Ramblin’ Lou was also blessed with five grandchildren, who also performed regularly with the family band: Lindsey Carol, Crista Marie, Lou V, Luke Austin and Raj.

Listen to his “Ode To Hank Williams” below. Rest in peace, Ramblin’ Lou. Country music will miss you greatly!