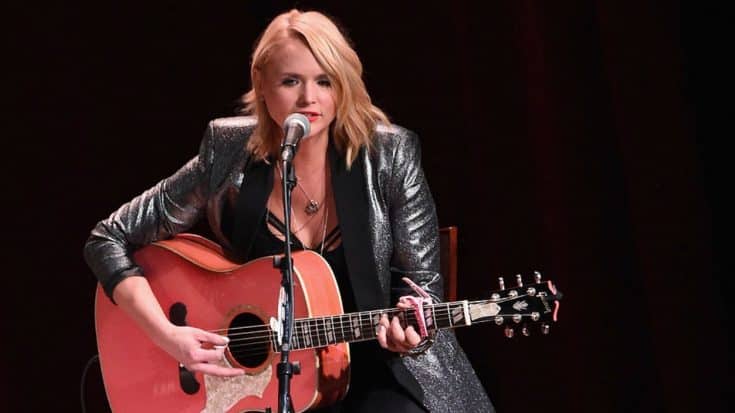 It’s no secret that 2015 was a rough year for Miranda Lambert. The singer saw her marriage to fellow country star Blake Shelton come to an end, a situation that hurt Lambert deeply. She didn’t speak publicly about her divorce until she granted an exclusive interview to Cosmopolitan magazine for its January 2016 issue. Lambert told the magazine that she wants to live a life full of everything, even if that means having rough patches here and there.

“I don’t necessarily want to know that I have really bad, long, lonely nights ahead of me, but I have had some, and I still have a bunch ahead of me,” Lambert shared. “But it’s about living in the moment and feeling every tinge of pain, then waking up the next day and going, ‘All right, I’m going to ride my ponies. I’m going to have a girls’ night.’ That’s where I am. That’s where I’m gonna live.”

During a recent sold-out concert at Nashville’s City Winery, Lambert referenced her rough year and talked about her long-time guitar player and friend, Scotty Wray, brother of ‘90s hit maker Collin Ray. Wray has been with Lambert since before she was a country star and the two have penned a number of songs together. But, there is one song of Wray’s that, until now, Miranda hasn’t been able to perform.

“So this song, I don’t know if I can do it without crying,” she said. “Scotty Wray has been with me since I was 17. For a long time he was my band. We have been through everything together, good and bad. We both went through a really s—ty 2015 and we have the tattoos to prove it. He wrote a song a long time ago called ‘Scars.’ I never felt like I could sing it ’til now.”

While Wray played guitar, Lambert then sang his touching ballad for the first time. Something Wray said he’d been waiting a long time to hear.

Hear Miranda Lambert sing “Scars” with Scotty Wray in the video below.