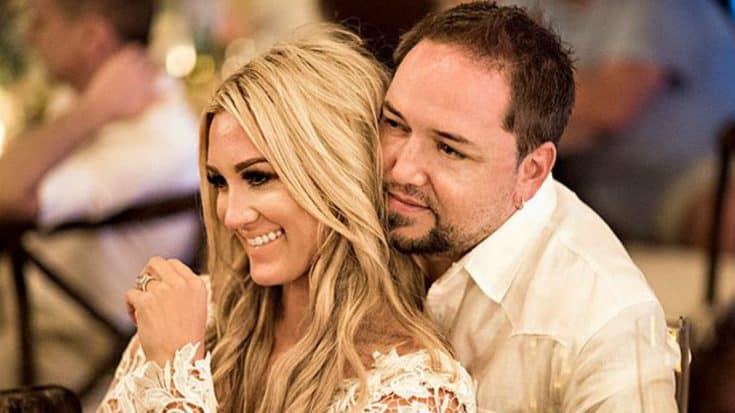 Jason Aldean and Brittany Kerr, a former NBA dancer and American Idol contestant, tied the knot almost one year ago. Their top-secret wedding was one of the biggest stories of 2015, in part because the couple was able to keep the event a secret from everyone including Kerr’s mother.

Within days of their top-secret wedding in Mexico, Aldean was already talking about babies. The father of two told PEOPLE in March 2015 that they wanted to have kids in the next couple of years and that his daughters wanted a little brother.

“…we’ll see what we can do about that,” Aldean said at the time.

The subject of babies came up once again during a recent interview with Entertainment Tonight. Aldean admitted that he and his new bride will be having babies sooner rather than later.

“She’s a lot younger than I am, so I gotta make this happen quick. I don’t want to be the old dad! It’s something we definitely want, at least one kid and possibly two, we’ll see. It’s something we’ve talked about a lot.”

Check out Jason Aldean’s full interview with Entertainment Tonight below.