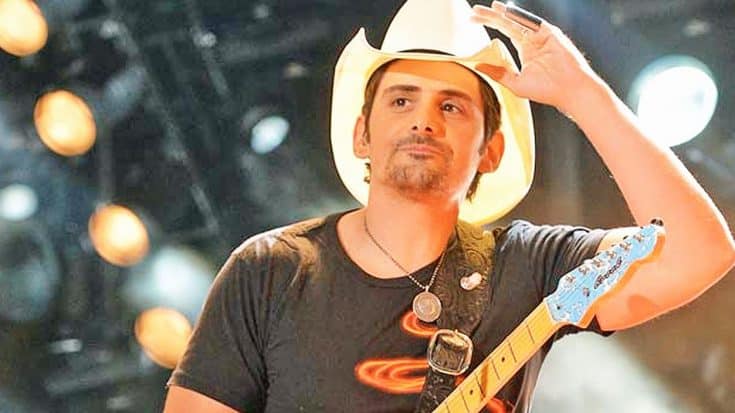 As a massive snow storm hits the East Coast and South on Friday (Jan. 22) many country music artists have been forced to postpone their concerts that were originally scheduled for this weekend.

Now, Brad Paisley fans in Kentucky are some of many country fans who will have to wait a little longer to see their favorite artist in concert.

Paisley was meant to perform a concert at the Corbin Arena in Corbin, Kentucky on Saturday (Jan. 23), but the winter weather changed his plans. The winter storm, named Jonas, is capable of producing blizzard-like conditions, and cities such as Washington D.C. and Baltimore were placed under a blizzard watch.

The storm prompted Garth Brooks to postpone his concerts that were set to take place in Baltimore this weekend, and Old Dominion had to postpone their shows in Charlotte, North Carolina and Lynchburg, Virginia.

Through a post to his official website, Paisley announced that he too, had to postpone his show for this weekend due to the storm:

“Brad Paisley’s Saturday, January 23rd “Crushin’ It World Tour” performance at Corbin Arena has been postponed for the safety of all fans and all personnel involved. This postponement is among dozens of expected cancellations of shows, classes, church services and more because of the winter storm approaching Corbin. Refunds will be available at the original point of purchase.”

At this point, Paisley has not said when the concert will be rescheduled, but fans should hang on to their tickets until then.

We’re glad that Paisley is watching out for his fans, because safety definitely comes first!

When Paisley does reschedule his Corbin concert, those in the city are in for a real treat, since he is an incredible live performer. You can watch his live performance of his single “Old Alabama,” along with the band, Alabama at the 2011 ACM Awards below.

Hopefully Paisley will get his concert rescheduled soon. In the meantime, stay safe out there!