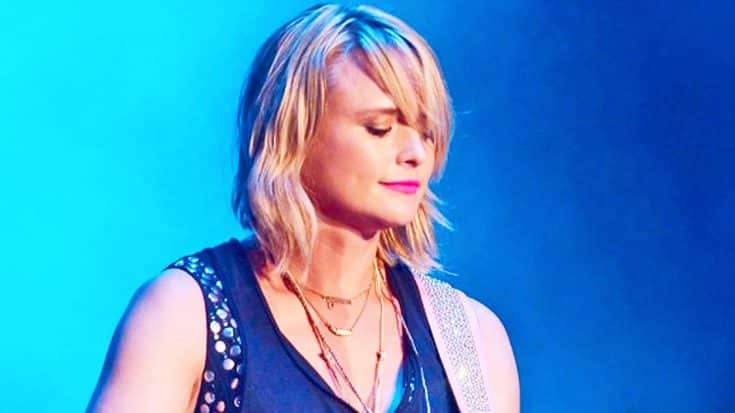 Miranda Lambert‘s hometown of Lindale, Texas has lost one of its treasured, four-legged protectors.

K-9 Officer Ogar was killed in the line of duty on Tuesday (Jan. 19) when him and his partner, Deputy Constable Kevin Petty attempted to apprehend a subject who was in a stolen vehicle, according to the Officer Down Memorial Page website.

Ogar was shot and killed while tracking one of the three subjects in the vehicle. Two people were taken into custody, but the subject who shot Ogar is still on the loose.

A memorial service for Ogar will take place on Saturday (Jan. 23) at 1 p.m. at the First Baptist Church in Lambert’s hometown of Lindale. Ogar will receive full law enforcement honors during the service.

Lambert announced the sad news of Ogar’s death on her Facebook, sharing several photos of Ogar in his memory.

Lambert has a soft spot in heart for animals, especially dogs. In 2007, Lambert and her mother, Bev, co-founded the MuttNation Foundation, which according to its website “is a donation-supported organization with the mission to end animal cruelty, neglect and homelessness.”

Every year, the MuttNation Foundation puts on the Cause for the Paws event, which has so far helped raise over $1.5 million for the organization. Lambert performs there every year, and even brought her Pistol Annies bandmates on stage with her four years ago to perform a cover of Adele‘s “Rolling In The Deep.” You can watch that performance in the video below.

We’re so sad to hear of Ogar’s passing. Our thoughts and prayers go out to his fellow officers.