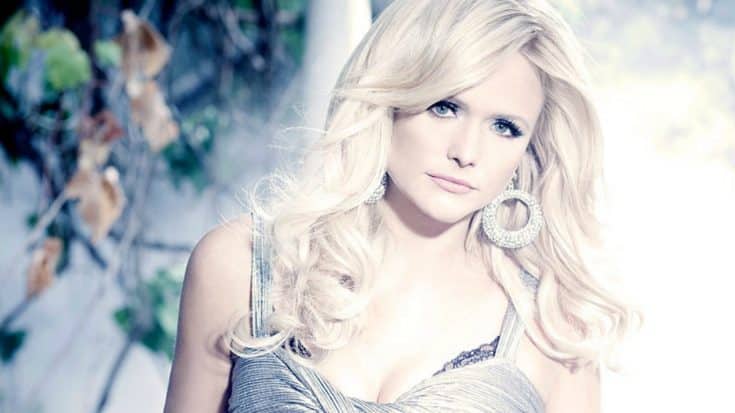 Snow storms are pummeling the eastern United States, but the cold isn’t bothering Miranda Lambert thanks to her new beau, Anderson East.

In a new Instagram post, Lambert is seen posing in the snow with two of her pets. Lambert and her four-legged friends are donning adorable winter hats. In the caption, the singer credits her Alabama-born boyfriend for her adorable beanie.

The six-time CMA and ACM Female Vocalist of the Year went public with her relationship with Anderson East last month when she posted a photo of the two snuggled up while on a ski trip to Colorado. The relationship is Lambert’s first public one since her divorce from fellow country singer Blake Shelton last summer, making 2015 a rough year for the star. But, it looks like 2016 is gearing up to be a great year for Miranda Lambert! She will be joining Kenny Chesney for 11 stadium shows during his Spread The Love Tour this year. Early last week, Lambert announced her Keeper of the Flame Tour that will make stops in 30 U.S. cities.