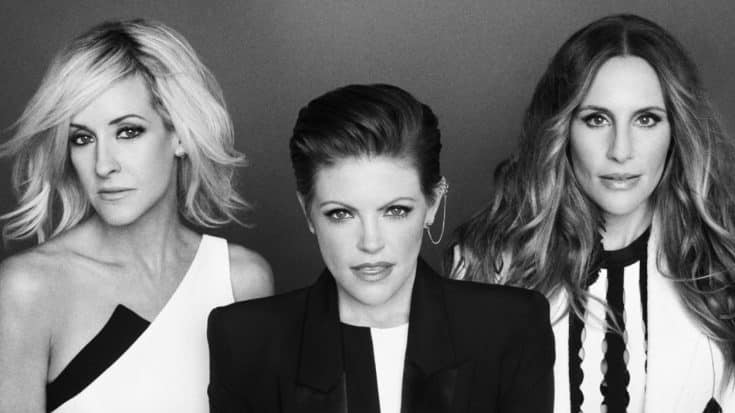 It’s been nearly 13 years since the Dixie Chicks’ Natalie Maines brought the wrath of the country music industry down around her and her bandmates. Lest you’ve forgotten, the Texas-based trio was performing at the Shepherd’s Bush Empire Theater in London, England in March of 2003 as they kicked off their Top of the World Tour. The United States was under the leadership of George W. Bush at the time and was on the brink of invading Iraq.

Maines was introducing the Dixie Chicks’ new single, ‘Travelin’ Soldier,’ when she spoke out again the President saying, “Just so you know, we’re on the good side with y’all. We do not want this war, this violence, and we’re ashamed that the President of the United States is from Texas.”

It didn’t take long for the comment to make it’s way across the pond and into the ears of radio station executives, country music fans, and others who would ultimately decide to boycott the Dixie Chicks.

Maines has boldly stood by her statement over the last 13 years and resurrected her famous words on Twitter yesterday. Maines used the social media platform to make her feelings known about Republican presidential candidate Ted Cruz. The tweet read, “Just so you know…I’m ashamed Ted Cruz is from America. ;)” The statement was accompanied by side by side photos of Dwight D. Eisenhower and Ted Cruz with quotes from both men regarding war.

Just so you know….I’m ashamed Ted Cruz is from America;) pic.twitter.com/QU39ERnAzN

Shortly after the first tweet, Maines referred to Donald Trump’s recent accusation that Cruz isn’t a natural-born citizen and corrected her original statement by saying, “I stand corrected…Just so you know, I’m ashamed Ted Cruz claims to be an American.”

I stand corrected…Just so you know, I’m ashamed Ted Cruz claims to be American. pic.twitter.com/JUltNImOXH

The posts caused a firestorm of responses from both sides as many spoke out in support of Maines and others defended Cruz and former President George W. Bush from Maines’ criticism.

The Dixie Chicks are currently gearing up for a North American summer tour that will kick off in June 2016. The MMXVI tour will take the Chicks to more than 40 cities in the United States and Canada. If current ticket sales are any indication, people are beginning to forgive Maines and forget her controversial 2003 remarks. According to the Dixie Chicks’ manager, Simon Renshaw, “The ticket sales have been ridiculous.” In fact, sales have been so good that Renshaw expects the U.S. tour to be extended.

Steve Herman, who is heading up the MMXVI tour, agrees with Renshaw. “Ticket sales are through the roof. I expect that this tour will be one of the top tours of 2016.”